On February 21st, 2017, a final conference was organized in Prishtina in order to reflect on the work and results of the “Strengthening multi-ethnic dialogue among journalists in Kosovo” project. The final conference focused on promoting the improvement of inter-ethnic relations and conflict resolution by altering the way media organizations in Kosovo operate. 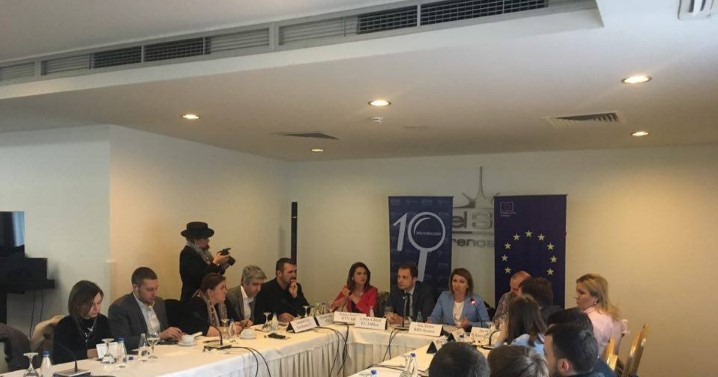 The conference gathered 40 participants, including journalists, editors, journalism academics, media-related institutions and so forth. It revealed that there is readiness from all communities to collaborate and cooperatively report on issues of common interest.

As a result of several tasks that took place before the final conference, reflections were gathered on what had been done to improve cooperation between journalists from different communities in Kosovo. For instance, all journalists representing the partners of the project, such as BIRN Kosovo, the Press Council, Mreza TV, the Association of Journalists in Kosovo, and other journalists from Serbian-majority municipalities were divided into groups to write about common issues concerning different regions in Kosovo.

The results were achieved as part of the activities that were attended by journalists from the different communities, which made it easier for them to commonly discuss what to work on. As the project was supported by the European Union Special Representative, they visited EU-funded projects and factories being implemented in the north in order to get a better idea of how the EU contributed to improving the lives of people in certain areas of Kosovo.

The targets of the project were productive in a way that they identified the issues that the journalists from Kosovo-Albanian and Kosovo-Serbian regions face. In the future, the outcomes of this project will serve as a fruitful means to pay attention to the lessons learned, and realize that only through strengthened teamwork can the media landscape in Kosovo be improved.