BIRN Serbia organised a panel discussion in Belgrade on March 13 about introducing a better system of protection of patients’ rights as a part of its ‘Monitoring Policies of the Government of Serbia’ project in the fields of the economy, health, education and the fight against corruption. 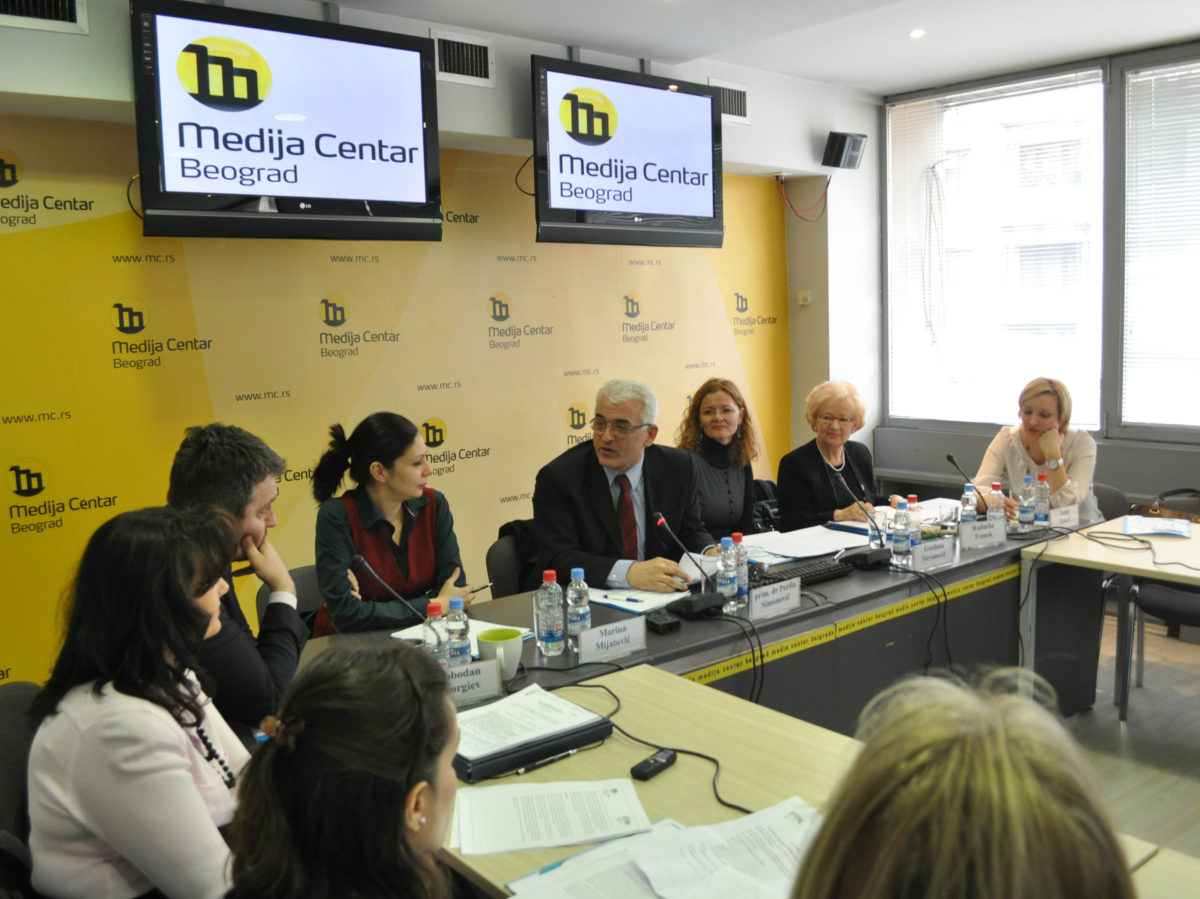 Tanja Maksic, project coordinator at BIRN Serbia, said that the results of the project’s monitoring showed that the election campaign promises that have been fulfilled so far are those relate to healthcare availability, expanding the list of free medicines and financial support to pregnant women.

“When it comes to the law on the protection of patients’ rights, it was not explicitly announced during the election campaign, but it was mentioned in the prime minister’s speeches. Also, I want to remind you that Serbia is the only country in the region that has not adopted this law,” said Maksic.

She added that the draft law on the issue defines in detail the rights of patients, but not their protection or any potential sanctions against those who violate them.

“The draft law on the protection of patients’ rights will be available to the government of Serbia by the end of March or early in April, while the law should be adopted by parliament during the spring session,” said Perisa Simonovic, state secretary at the health ministry.

Radmila Ivanek, special adviser to the health minister, said that several months of public debate had helped to improve the text of the legislation.

The topic of the patients’ rights protector and its relocation to local government under the new legislation caused most debate during the panel discussion. The law says the position will be relocated from healthcare facilities to local municipalities and that its name will be changed to patients’ rights advisor.

The Serbian ombudsman’s office, which supports the adoption of the law, pointed out some of the problems surrounding the current situation.

“The problem was that the protector, while working in health institutions, was also performing a numerous of other legal issues, therefore it’s important that this will be someone whose main activity will be protection of patients’ rights. It is also important to regulate the whole procedure, because in practice we were faced with situations in which its role was limited to forward complaints and responses among patients and doctors,” said Gordana Stevanovic, a representative of the ombudsman’s office.

But Marina Mijatovic, director of the NGO Legal Scanner, disagreed with the new name because the role of the position is not just to advise patients but to protect their rights as well.

The panel discussion was part of a project entitled Development of Mechanisms for Monitoring and Measurement of Government Policy, conducted under the auspices of the British Embassy in Belgrade.