BIRN Kosovo’s legal adviser Flutura Kusari spoke at an expert roundtable on the subject of citizens’ rights and accountability in the Kosovo justice system that was organised by Advocacy Training and Resource Centre in cooperation with Centre for Legal Aid and Regional Development as well as law firm Sejdiu and Qerkini. 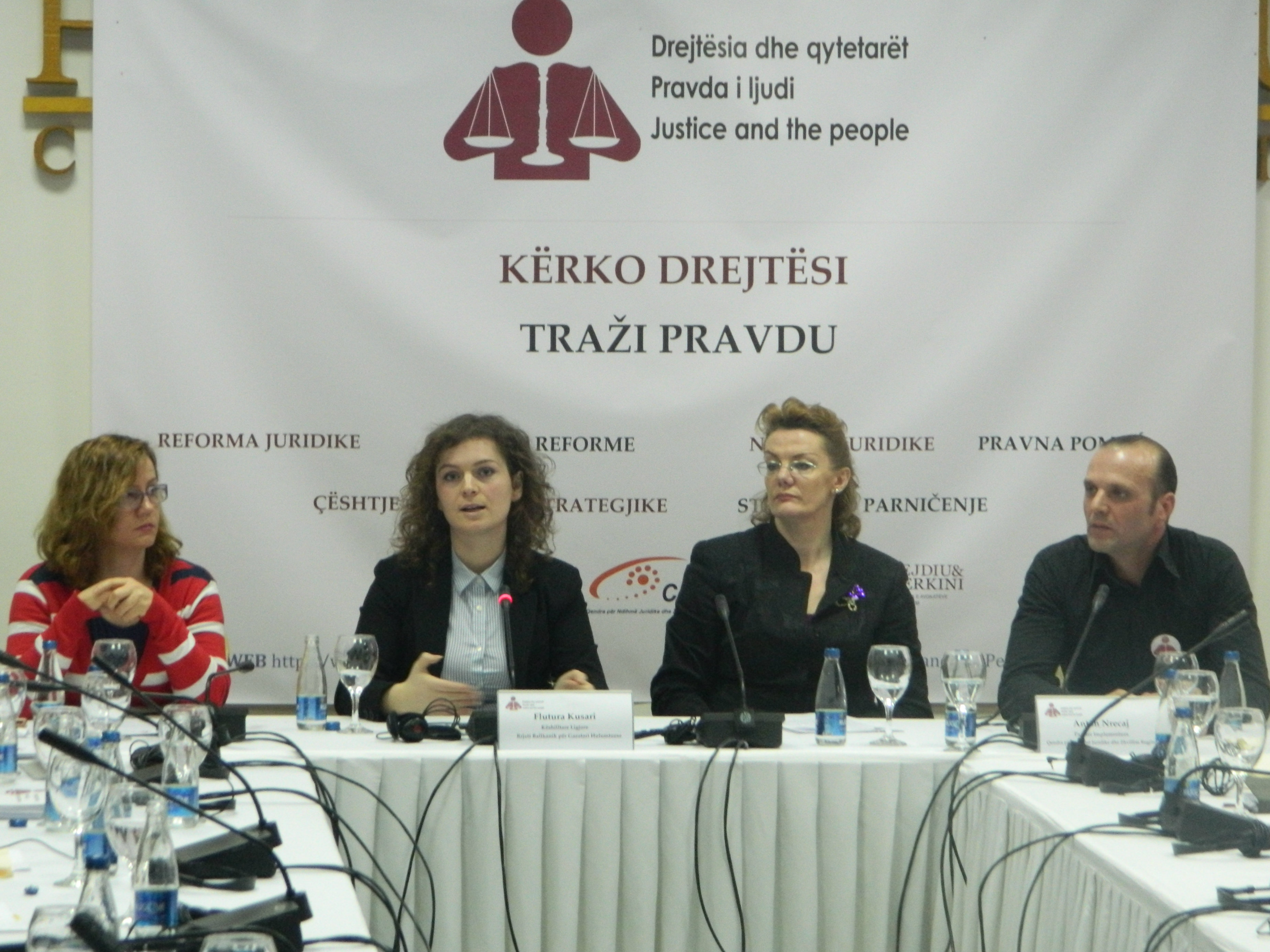 Jacobson expressed her dissatisfaction with the justice system and suggested that everyone involved in it needed to work harder and with greater commitment in order to strengthen confidence in the judiciary.

Jacobson referred to the case of Diana Kastrati, who was killed by her estranged husband, saying the municipal court in Pristina showed a lack of responsibility by not issuing a protection order within 24 hours despite her request for one.

The case was seen by many of the roundtable’s participants as a critical example of the justice system failing Kosovo’s citizens.

Kuci also admitted the judiciary was dysfunctional and said it should increase its transparency and accountability.

Kusari meanwhile addressed a range of problems that citizens as well as journalists face on a daily basis, including the lack of spokespeople for the Kosovo Judicial Council and the Kosovo Procurement Council as well as the outdated web-sites of relevant institutions, both judicial and prosecutorial.

Based on a BIRN court monitoring project, Kusari also pointed out that the majority of court hearings are held in judges’ offices, not in trial chambers.