Kaltrina Rexhepi, a journalist for the Balkan Investigative Reporting Network in Kosovo, has won first prize in awards for reporting on poverty given by the United Nations Kosovo Team and the Association of Professional Journalists of Kosovo. 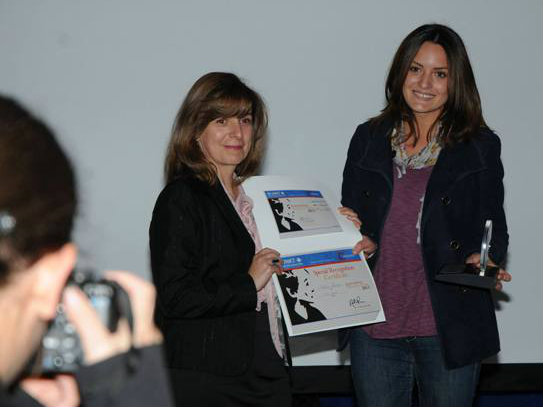 Rexhepi’s video report, ‘Collective Apartments in Magura Have No Access to Water’,  published on BIRN Kosovo’s online portal, GazetaJNK, explores how 22 families in a public apartment in Magura, a village in the Lipjan municipality, have not had running water suitable for drinking or bathing for the past seven years.

In the report, the Institute of Public Health tells GazetaJNK that the health of the villagers is at risk; however, the authorities have not taken any action to provide them with water.