The first episode of BIRN’s documentary series The Majority Starts Here was screened on Al Jazeera Balkans on Sunday evening. 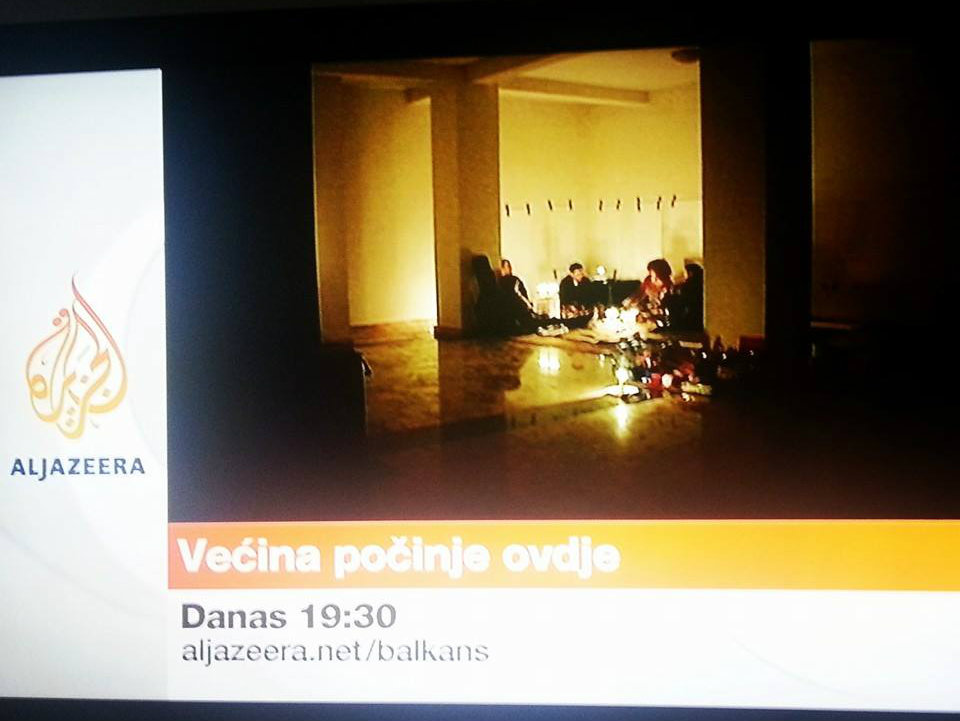 This was followed on Monday evening by a screening on Montenegrin TV channel Vijesti as part of the show ‘Bez Granica’, along with an interview with BIRN regional director Gordana Igric.

BIRN launched its promotion of the documentary last month with a premiere of the full film in Skopje, Macedonia, followed by inaugural screenings in Belgrade, Zagreb, Pristina, Sarajevo and Novi Sad. The film’s premiere in Tuzla is scheduled for Friday, while screenings in Podgorica, Kraljevo and Subotica will follow.

“The film documents the journey of six young people through the region and their encounter with nationalism, ethnic tensions, prejudice – key ingredients in the bloody menu of the Balkan wars,” the head of BIRN Macedonia, Ana Petruseva, told the audience of journalists, diplomatic and NGO representatives before the Skopje premiere.

In the film, the six young people from six Balkan countries examine how the conflicts of the past have influenced both their present and their prospects for the future.

Along the way, they come face-to-face with some of the ghosts of the past in the shape of impoverished refugees, military veterans and unrepentant nationalists.

They also see how the nationalist ideas that led to war have been reflected in the region’s economy, culture and even architecture, as they muse on how genuine tolerance and reconciliation can develop in places that have endured such divisive violence.

Find out more at: http://www.balkaninsight.com/en/page/balkan-transitional-justice-movie-home