Anisa Suceska-Vekic, director of BIRN in Bosnia and Herzegovina, gave an interview to weekly magazine Dani, which was published on February 22. In the interview, Suceska-Vekic speaks about BIRN BiH and its work, as well as her family, as she is the mother of three small children. 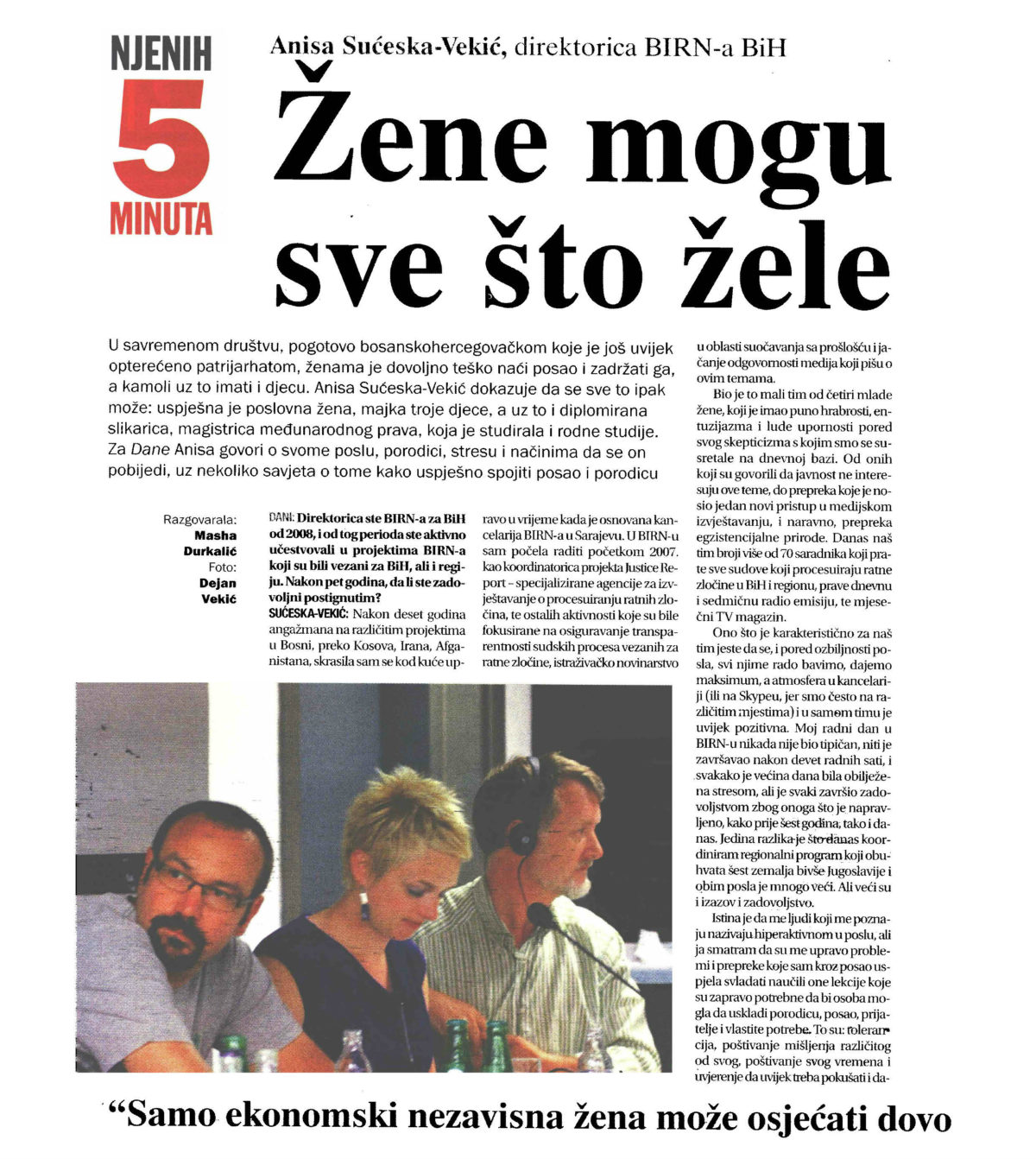 “What is characteristic of our team is that, despite the fact that we deal with serious issues, we perform our job happily and invest maximum efforts [in it]. The atmosphere in the office (or on Skype, as we are often at different locations) and between the team members is always positive,” Suceska-Vekic said.

“My working day in the BIRN office is never a typical one and it never ends after nine working hours. Most of my days are marked by stress, but at the end of each day I am pleased with what has been done,” she said.

Besides being a director of BIRN in Bosnia and Herzegovina, which follows the processing of war crimes and other activities related to ensuring the transparency of court processes, as well as investigative reporting in the field of coming to terms with the past, Suceska-Vekic is a mother of three children, one of whom was born recently.

“Our small family consists of six members, with equally numbered male and female squads: Zaria (five years), Pegy (bearded collie, two years) and my humble self are in the female team. Our most important guys are Dan (three), Lun (two months) and dad Dejan,” she told the magazine.

In the interview, Suceska-Vekic also speaks about the rights of women in Bosnian society, as well as the possibilities for balancing private life and work.

Download the full inteview as a PDF file in BCS language