Public discussion about education in Serbia is currently limited and the impact of educational policies is not matching up to expectations, it was concluded at a debate dealing with education policy organised by BIRN Serbia on February 27. 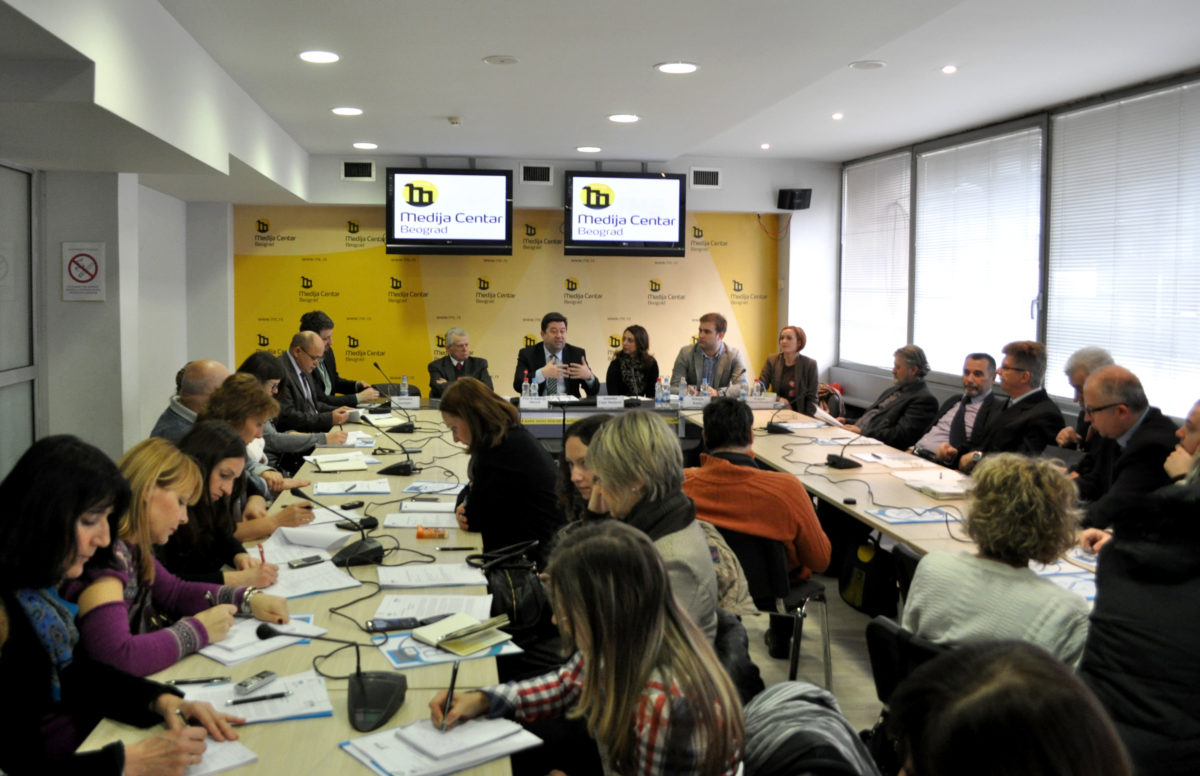 “Nobody expected a breakneck shift in the field of education from the new government, but it feels that the issue remains on the fringes – there is a mismatch between expectations and the way in which this very important subject is treated in public,” said Dragana Zarkovic-Obradovic, the director of BIRN Serbia, during the debate entitled ‘How to Write Education in Serbian’.

Vlasta Matejic, one of the creators of the strategy which ensures that the state allocates 4.5 per cent of its budget to education, said it was “untrue that the Serbs are an educated nation” – a fact which is one of Serbian society’s biggest contemporary problems, he said.

According to Matejic, the development of education in Serbia depends on the courage of the state: “If we are bold enough, we will have better education, but if we allow politics to mix with education, we will have education as usual, and that’s not good,” he said, adding that the ultimate outcome is likely to fall somewhere between these extremes.

Matejic warned that there are many illiterate people in Serbia, and that “academic people do not even read their own works, nor [their] publications”.

Radivoje Mitrovic, state secretary at Serbia’s education ministry, said that education is not just a matter for the ministry and the state, but for all – from nurseries to universities, from pupils, students and parents to the economy and local governments.

Mitrovic said that it is very important that education is seen as an opportunity and a tool to overcome the current crisis.

A survey conducted by BIRN Serbia showed that education was very little represented as an issue in last year’s election campaign; it was mostly raised by the Serbian Socialist Party but absolutely sidelined by the Serbian Progressive Party and United Regions of Serbia coalition.

The panel discussion was part of a project entitled Development of Mechanisms for Monitoring and Measurement of Government Policy conducted under the auspices of the British Embassy in Belgrade.