BIRN’s regional director Gordana Igric spoke in Berlin on February 25 on a panel about reporting in south-east Europe and the pressures on journalists that exist in all the countries in the region. 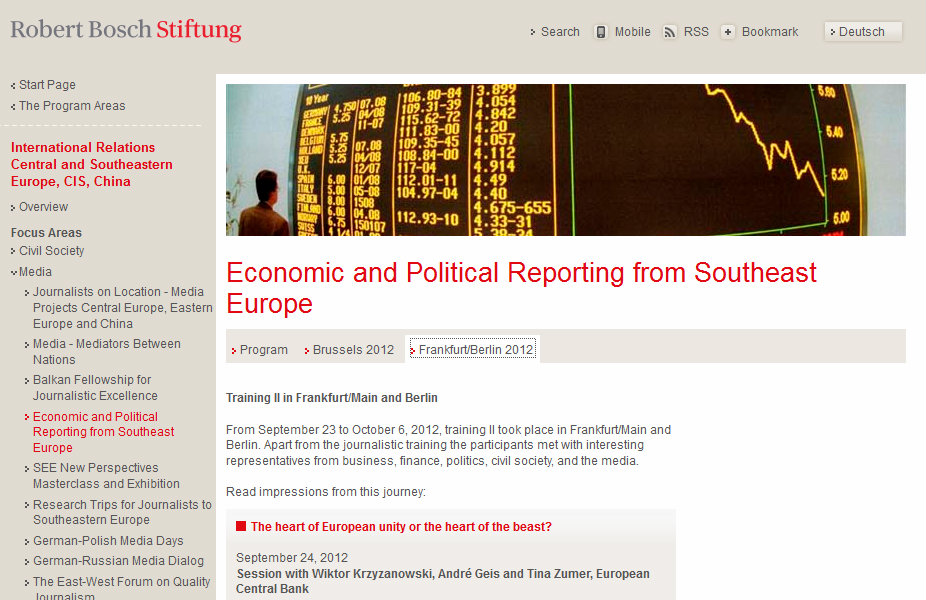 Igric talked about political pressures on the media in the Balkans, noting that political parties try to influence the media elsewhere too but the phenomenon is more pronounced in countries which are suffering economically.

“I don’t see any sources for mainstream media to be independent,” she said, referring to a discussion about the impact of financing on media independence.

Igric also said that one of the problems of the media in the Balkans is ownership, which is often not as transparent as it should be.

Ljiljana Zurovac of Bosnia and Herzegovina’s Press Council said that the media laws in her country were very good, but what was lacking was their proper implementation. She agreed that one of the problems for the media in the Balkans is the lack of money.

But Goran Milic of Al Jazeera Balkans said that the lack of money is not always a problem because a large number of media have managed to develop strong audiences.

The panel was a part of an alumni meeting of past participants in Economic and Political Reporting From South-East Europe journalism training courses organised by the Robert Bosch Stiftung and the Thomson Reuters Foundation.

The three-day meeting brought together six groups of journalists who had been on the course at different periods for panel debates, discussions and workshops.