BIRN has launched a special focus page on media in the Balkans – the first of its kind in the region. 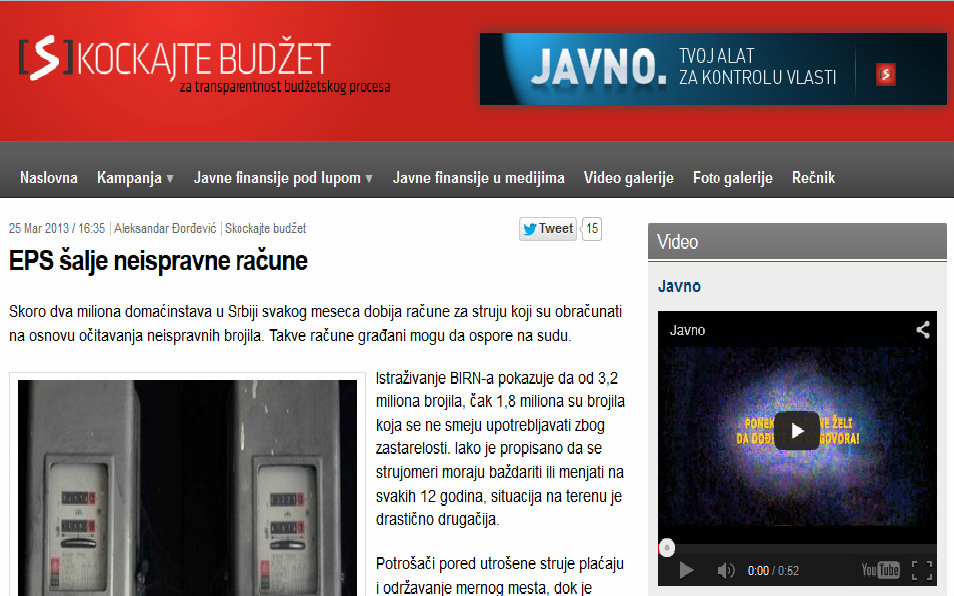 All media-related news and analysis from the Balkans are now available on Balkan Insight’s Media Watch Page.

It features a brand-new analysis package on the media situation in Albania, Bosnia and Herzegovina, Macedonia, Kosovo, and Serbia.

It also features a regional analysis on the role of the EU. Some praise the EU for pushing for the adoption of media legislation that meets European standards. But others are more critical, saying that the EU should have been much more proactive in combating growing political pressures on independent media.

The launch comes ahead of the second ‘Speak Up!’ conference on June 20, at which the European Commission will gather hundreds of media experts from all over Europe to discuss media freedom in the Western Balkans and Turkey.

In an effort to identify solutions, the European Commission’s ‘Speak Up’ conference is bringing together participants from international, regional and national media organisations, civil society, academia and national administrations.