Matt Robinson is a journalist, translator and former Reuters Bureau Chief for the Balkans and Special Correspondent for Central and Eastern Europe. 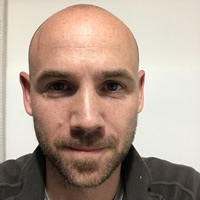 Matt started in journalism with Belgrade’s Radio B92 in 2001, before spending 14 years with Reuters in the Balkans, the Middle East and former Soviet Union. He has reported from more than 20 countries, including Georgia, Iraq, Afghanistan, Libya, Turkey, Ukraine, Egypt and Greece.
In 2016, Matt was editor of the Balkan Fellowship for Journalistic Excellence. He re-joined BIRN in May 2018.