EU Awards for investigative journalism for Turkey were presented on Wednesday at the Press House of the Association of Journalists in the Turkish capital, Ankara. 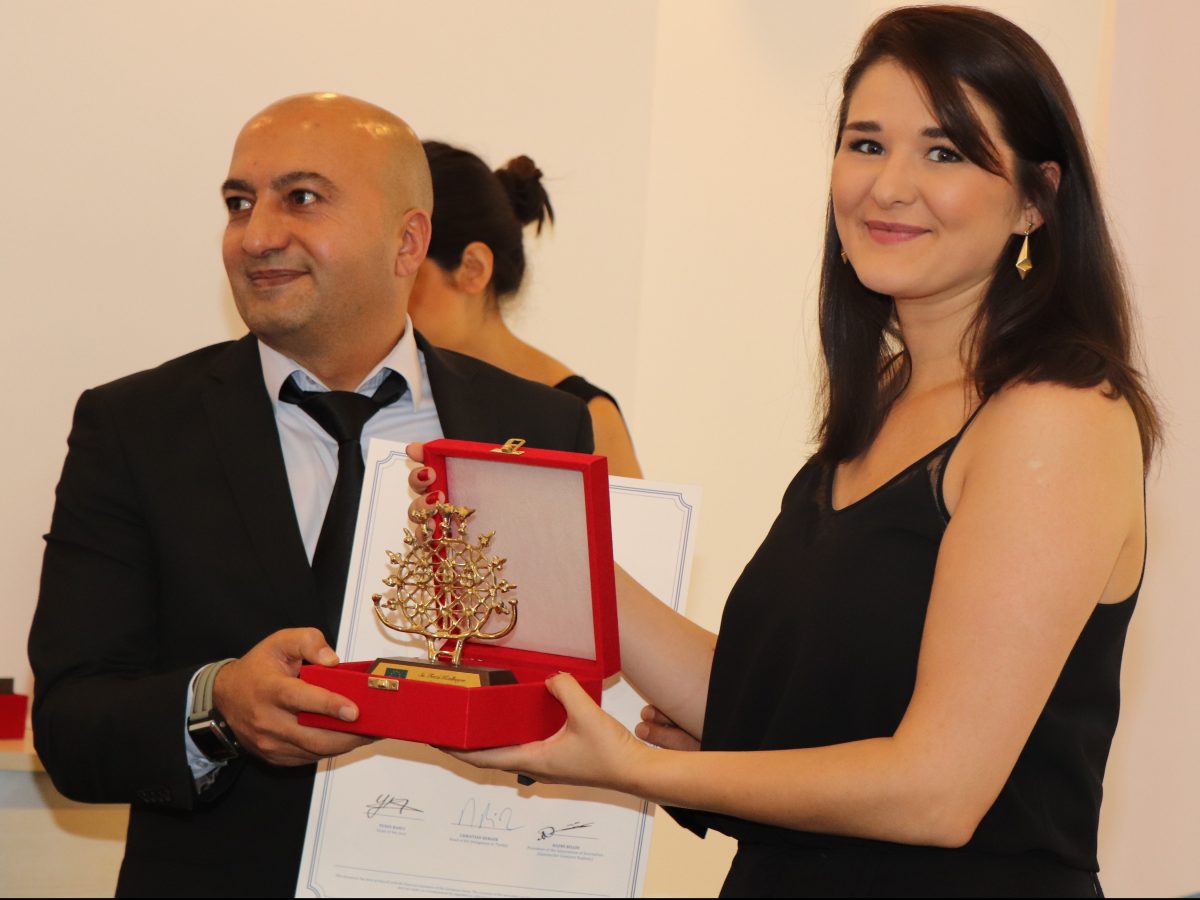 First prize in this year’s contest for the EU award for investigative journalism was awarded to Hazal Ocak, for her investigative story „Emsalsiz İhanet“ (Unprecedented Betrayal). The story is about corruption in the real estate industry in Turkey. The jury members awarded this the best investigative story, deeming it a product of outstanding and courageous research, which was additionally presented very clearly.

Second prize went to Dinçer Gökçe for his piece “Türkiye’nin Utanç Listesi” (Turkey’s List of Shame) Part 1 & Part 2, about 115 underage girls and the gross negligence of officials in public hospitals. The jury viewed this story as a systematic and massive graft that demonstrated the need for transparency in governance. Not only was it expertly researched, it was also masterly and courageously presented in a manner over which a spotlight was cast on some very serious problems in the country.

Third prize went to Fevzi Kızılkoyun for “20. Katın Sırrı / Otopsiden Çıkan Gerçek” (Secret of the 20th Floor / Truth Revealed by the Autopsy). He was investigating a rape and murder case that might have been otherwise closed as a “suicide”, which was researched by the careful and dedicated journalist, who had little yet important evidence and was confronted with a wall of ignorance. The jury had agreed that this story was very well researched, the follow up was efficiently done, and the whole story was adequately presented.

The jury comprising Yusuf Kanlı, in the capacity of the Head of the jury, and jury members Nursun Erel, and Göksel Bozkurt had the task of evaluating the shortlisted applications.

“It is very unfortunate that investigative journalists are subjected to numerous threats and intimidating circumstances not only in our own country, but around the world. Journalists must keep in mind they are the loyal servants of public interest, and not forget that journalism is considered to be the fourth power of a democracy and is protected by national and international provisions”, said the Head of the jury.

The EU award for investigative journalism is awarded through the EU funded project “Strengthening Quality News and Independent Journalism in the Western Balkans and Turkey” in 2019, 2020, 2021 in EU candidate and potential candidate countries: Albania, Bosnia and Herzegovina, Kosovo, Montenegro, North Macedonia, Serbia and Turkey, for investigative stories published in the period between 2018 and 2020. In total, 63 awards will be presented through a three-year period.

The award in Turkey is coordinated by the Association of Journalists, while the regional consortium is led by Balkan Investigative Regional Reporting Network (BIRN Hub).