EU Awards for investigative journalism for North Macedonia were awarded on Friday at the Public Room in Skopje. 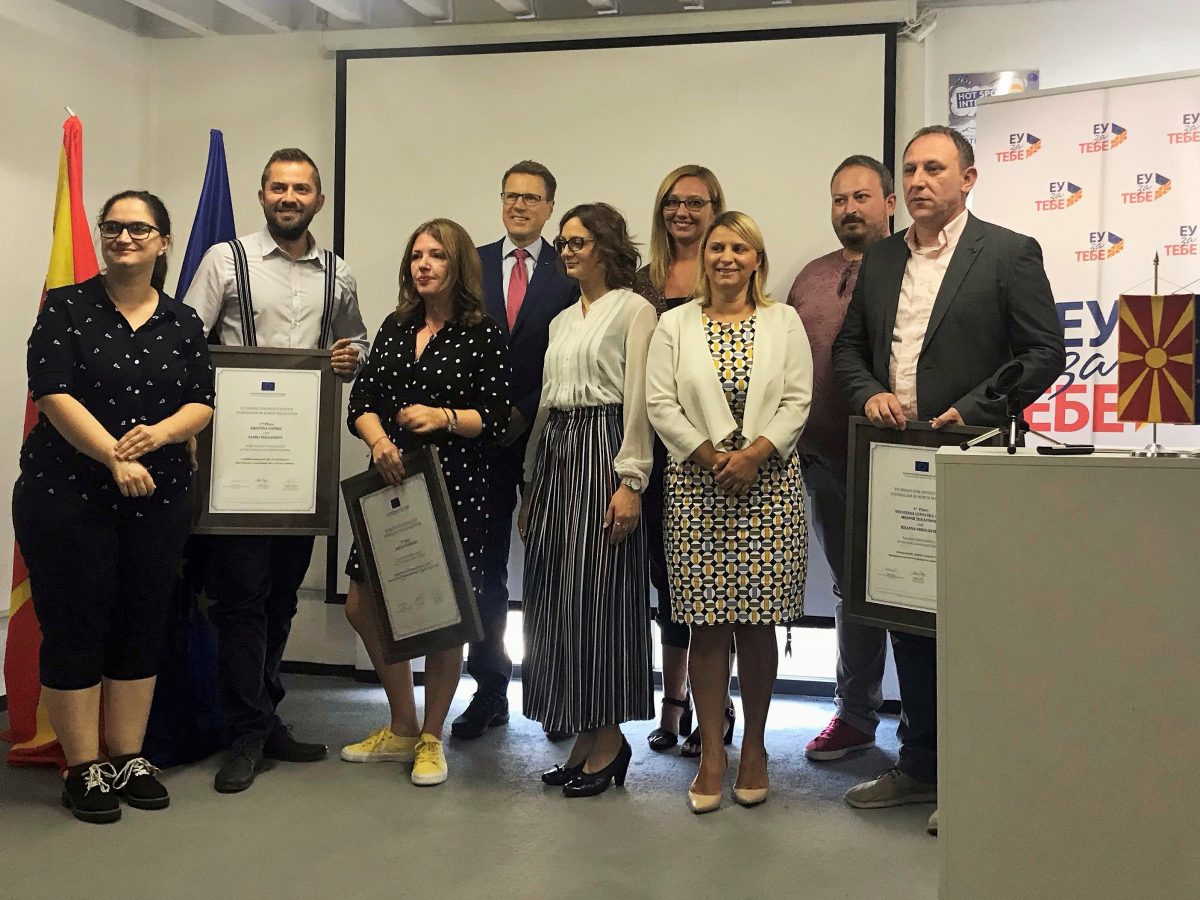 “Professional journalists are essential for the strength of our democracy, they are watchdogs of democracy. The have to be better protected,” said Samul Zbogar, Head of EU Delegation in Skopje, at the opening of the ceremony. “Today we are celebrating your crucial contribution to society and democracy”.

The jury comprising of Milica Saric, in the capacity of the Head of jury, and jury members Vlado Apostolov and Radka Betcheva had an important task of evaluating the shortlisted applications.

Milica Saric in explanation of the decision said: “We had huge responsibilities in front of us. We have received 20 applications from 23 journalists. Eight of them were shortlisted, and they were selected because they covered important issues for society and democracy development. Three stories that were chosen to win were covering the most important topics.“

She added: “We want to encourage journalists to continue working on the investigations, even though surrounding can be discouraging, but this job is more important than ever. And this prize is celebrating that”.

The EU award for investigative journalism is awarded through EU funded project “Strengthening Quality News and Independent Journalism in the Western Balkans and Turkey” in 2019, 2020, 2021 in EU candidate and potential candidate countries: Albania, Bosnia and Herzegovina, Kosovo, Montenegro, North Macedonia, Serbia and Turkey, for investigative stories published in the period between 2018 and 2020. In total 63 awards will be awarded through a three-year period.

The award in North Macedonia is coordinated by the Independent Trade Union of Journalists and Media Workers in North Macedonia (SSNM), while the regional consortium is led by Balkan Investigative Regional Reporting Network (BIRN Hub).