The three winners of the EU investigative journalism prize in Albania were announced on Monday at the EU Info Center in Tirana. 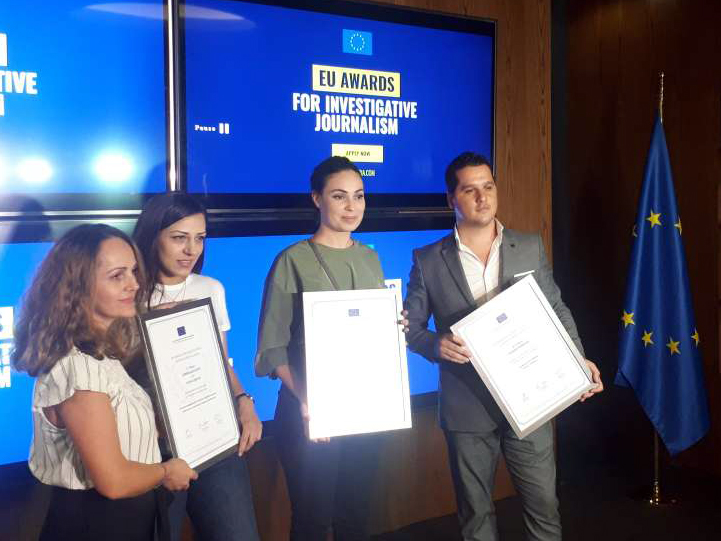 First prize in this year’s EU awards for investigative journalism in Albania went to Esmeralda Keta and Elisa Gjerani for their investigation into one of the country’s most important topics, the poor condition of hospitals and medical care in Albania, entitled “Premature Baby Deaths Rise in Albania’s Cash-starved Hospitals”.

Second prize went to Endrit Habila for his piece, “The Destruction of Valbona”. Third prize went to Ola Mitre for her investigation, “The Hidden Costs of Free Cardio Surgeries in Private Hospitals”.

The jury comprising Mark Marku, head of the jury, and Petrit Collaku, and Samir Kajosevic said they had a hard task evaluating the shortlisted applications.

Luigi Soreca, Head of the EU Delegation to Albania, said investigative journalism was more important than ever in a political climate where democracy was on the defensive.

“Freedom of speech is declining globally, and support for it is weakening, even in mature democracies,” he said.

“Disinformation clearly undermines quality journalism. Investigative journalist are vital in their contribution towards a free and yet accountable society,” he underlined.

The prize for investigative journalism is awarded through the EU-funded project, “Strengthening Quality News and Independent Journalism in the Western Balkans and Turkey” and applies to the EU candidate and potential candidate countries of Albania, Bosnia and Herzegovina, Kosovo, Montenegro, North Macedonia, Serbia and Turkey. It is for investigative stories published between 2018 and 2020. In total, 63 awards will be given.

The award in Albania is coordinated by the BIRN Albania while the regional consortium is led by Balkan Investigative Regional Reporting Network, BIRN Hub.