The top three winners out of nine shortlisted applications received their prizes on Monday at the EU Info Center in Podgorica. 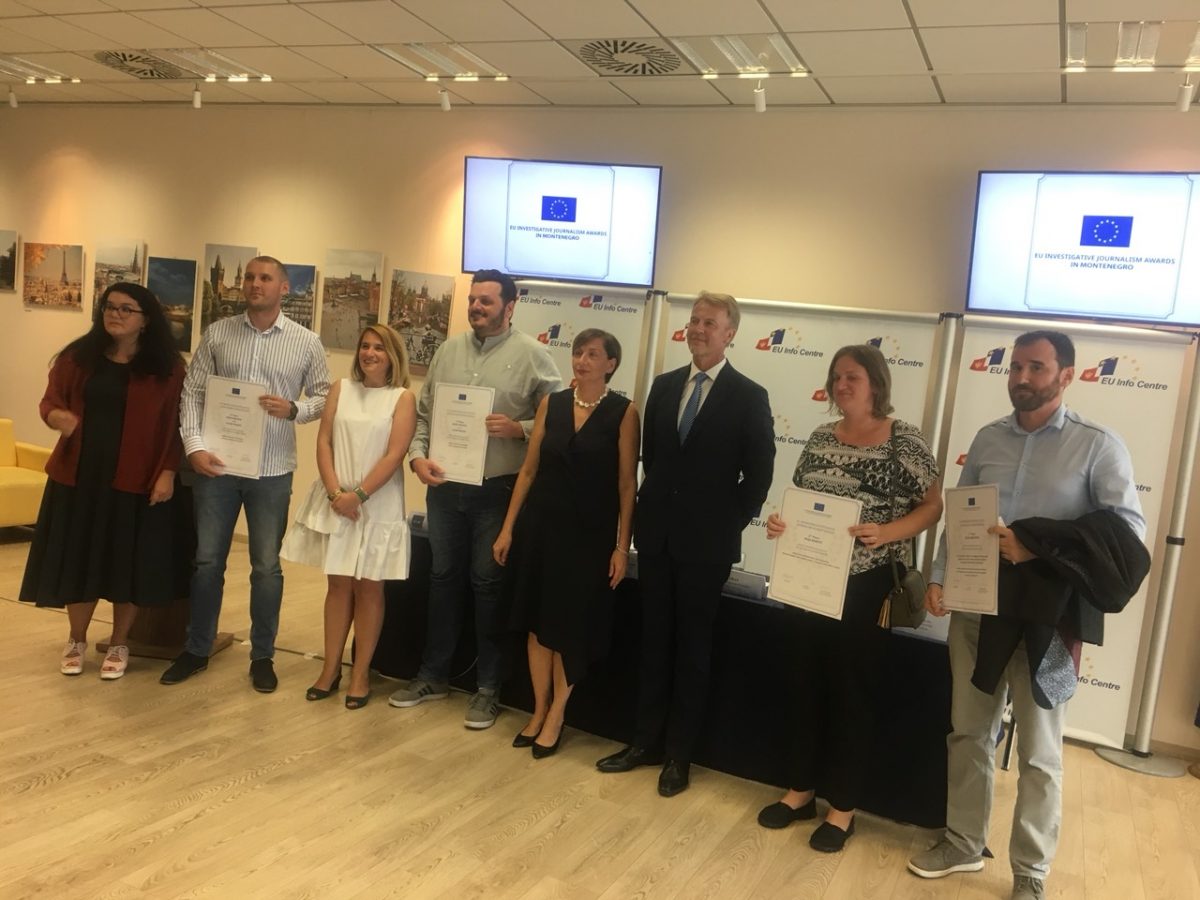 He won with his series of articles on the disappearance, theft, damage or destruction of 14,475 exhibits in the National Museum and other museums in Montenegro.

The jury, comprising Leila Bicakcic as head, Milica Pesic and Dragoljub Dusko Vukovic, evaluated nine shortlisted applications. “There were many great stories and the best one had to be chosen,” Bicakcic said.

After receiving his award, Nikitovic said his work was far from over. “I was confronted with hundreds of pages of information but also hundreds of hours of conversation with numerous interviewees. This is a series of over 40 article, but new documentation is still coming and the dice are still being assembled,” he said.

Second prize went to Maja Boricic for her piece, “Medical Waste in Montenegro – A lurking menace”, and third prize to Dejan Milovac and Lazar Grdinic, for “Citizens’ donations, or black-funds”.

“The reason why the EU supported this project is to encourage Western Balkan journalists to work in investigative journalism, because this is the only way to reach free societies,” said Aivo Orav, Head of the EU Delegation to Montenegro.

Marija Ristic, regional director of BIRN, stressed that the EU Awards were “just one of a series of projects to follow over the next three years that will encourage the production of research stories in Western Balkans and Turkey”.

The award comes via the EU-funded project, “Strengthening Quality News and Independent Journalism in the Western Balkans and Turkey”. It applies to the EU candidate and potential candidate countries of Albania, Bosnia and Herzegovina, Kosovo, Montenegro, North Macedonia, Serbia and Turkey. It covers investigative stories published between 2018 and 2020. In total, 63 awards will be awarded through the three-year period.

While the award in Montenegro is coordinated by the Center for Investigative Journalism of Montenegro, the regional consortium is led by the Balkan Investigative Regional Reporting Network, BIRN Hub.