The three winners of the European Union’s investigative journalism prize in Serbia were announced on Tuesday at the EU Info Centre in Belgrade, with judges praising the work for its high quality. 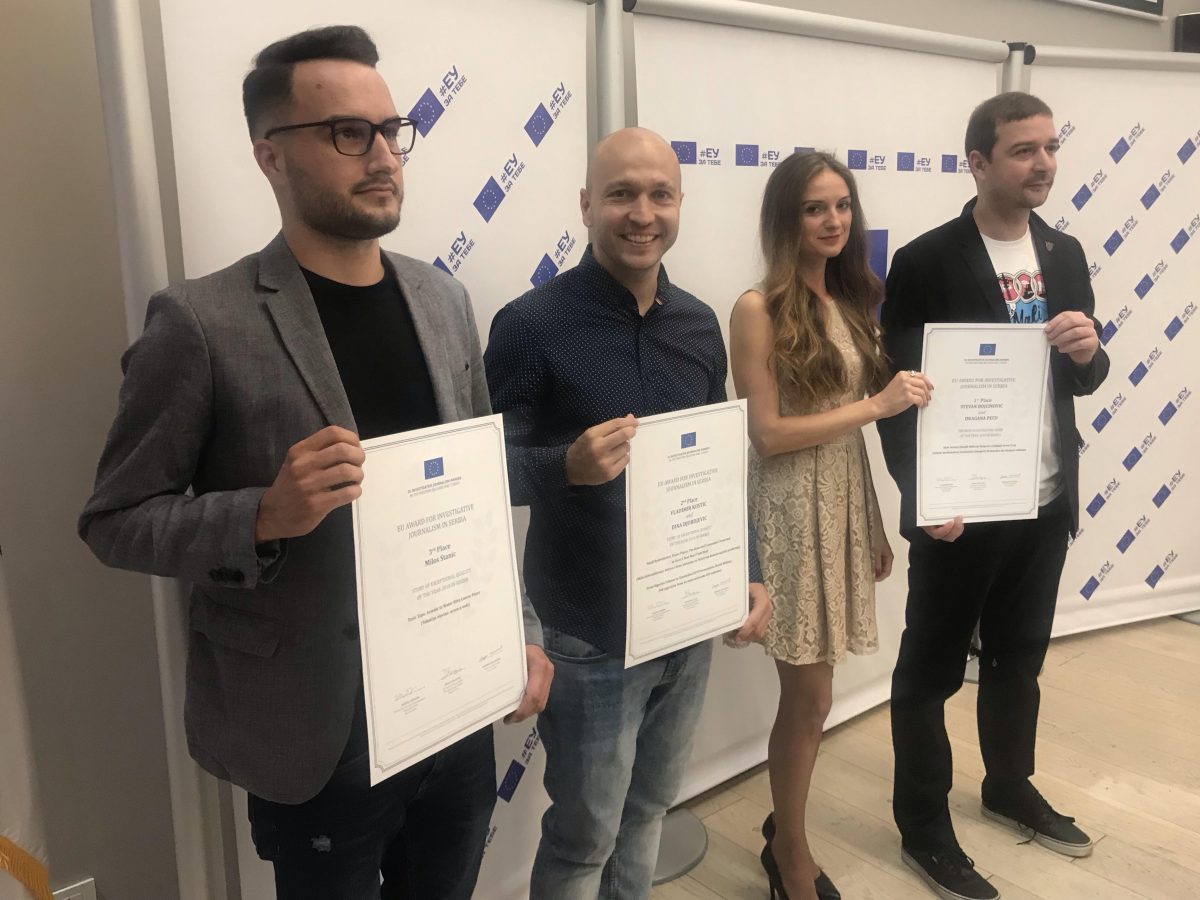 First prize in this year’s EU awards for investigative journalism in Serbia went to Stevan Dojcinovic and Dragana Peco for their investigation into the connections between senior political figures and criminal clans entitled How Serbia’s Health Minister Helped a Criminal Avoid Trial.

Vladimir Kostic and Dina Djordjevic were awarded second prize for their articles entitled Small hydroelectric power plants: the state and companies connected to Vucic’s best man profit most and From Nigerian scheme to clandestine EPS procurement worth milions.

The jury headed by Bojan Pancevski and including Valerie Hopkins and Predrag Blagojevic said they had a hard task evaluating the shortlisted applications due to their high quality.

“The European Union supports pluralism of media, and therein also investigative journalism as important form of reporting and informing citizens on matters of crucial importance,” said Noora Hayrinen, head of the political section at the EU delegation in Serbia.

All of the awarded journalists in Serbia are alumni of the BIRN programme, Balkan Fellowship for Journalistic Excellence (BFJE).

The prize for investigative journalism is awarded through an EU-funded project entitled Strengthening Quality News and Independent Journalism in the Western Balkans and Turkey, and applies to EU candidate and potential candidate countries Albania, Bosnia and Herzegovina, Kosovo, Montenegro, North Macedonia, Serbia and Turkey.

The award in Serbia is coordinated by the BIRN Serbia, while the regional consortium is led by the Balkan Investigative Regional Reporting Network’s BIRN Hub.