Each month, BIRN introduces you to a different member of its team. For February, meet Tamara Chausidis, editor-in-chief of BIRN’s publication Prizma. 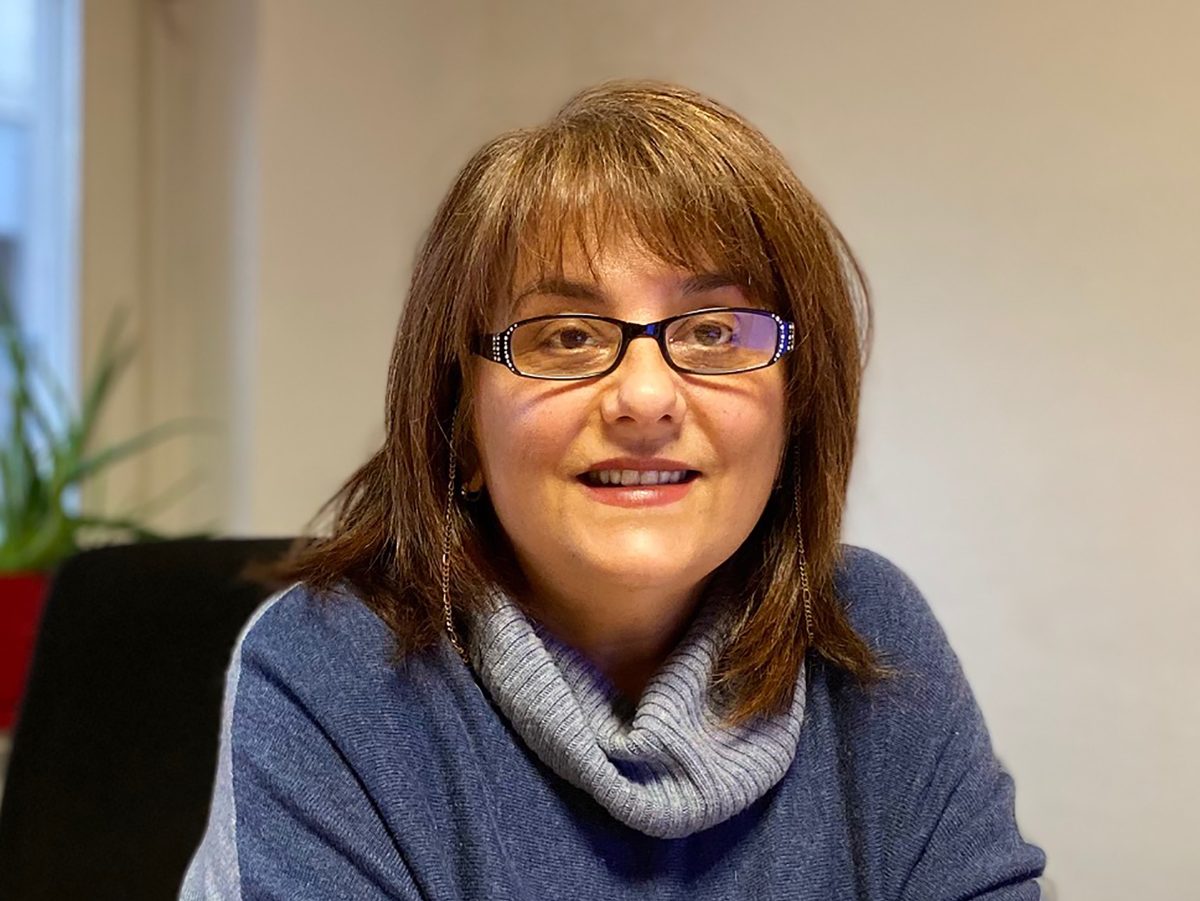 Tamara Chausidis, 57, comes from North Macedonia, and has been editor-in-chief of BIRN’s publication Prizma since 2014. She studied philosophy but journalism won her heart.

She participated in the founding of the Independent Union of Journalists of North Macedonia and was the chairperson for a long time, and a strong advocate for journalists’ rights and freedom of expression.

What do you like the most in your work?

“On our local media scene Prizma is seen a symbol of free and credible journalism. Therefore it is very important to me that I’m a leading part of it.

But most of all I’m happy that I share the same values and the same ambitions with literally everyone in our team in Skopje, regardless of their position or role in Prizma. There’s good synergy between us, good teamwork, and a friendly and supportive atmosphere in the office.”

Tamara and her team published “Media Uncovered” a long-term project which collected, filtered and presented data on the media scene, which is publicly available, but rarely gets in the spotlight and is therefore often forgotten or ignored.

What is ‘Media Uncovered’?

“Media Uncovered is a database portraying all relevant media in the country – television, radio, newspapers and online media outlets. In addition to basic data like dates of establishment, ownership, teams, contact details, it reveals the ‘character’ of every media outlet, by describing its role in the media scene and by pointing out events or developments inside it, and its relations with other stakeholders in politics, business and society.”

Why did Prizma publish ‘Media Uncovered’? What impact did you wish to make?

“BIRN and Prizma have been pioneers in producing complex databases on different topics, from the cost of the ‘Skopje 2014’ project to foreign investments, or municipal elections. Given the declining trust of the public in media and the noise created by thousands of sources online that make it hard to distinguish facts from falsehoods, we wanted to create a credible source of information where people could see who they are getting their news from.

The media influence various decisions impacting the individual and the entire society, so we thought it important to reveal whose interests might be lying behind the news and stories that are published daily. This is why we put the media ‘under the spotlight’.

We believe that issues of direct or covert influence, the integrity and independence of editorial policy, as well as funding, are important topics. It is necessary to research and discuss the responsibility of those who have power to influence and shape public opinion, because with that privilege comes responsibility.”

How many people have worked for this project and for how long? Was it easy?

“Working on this database was not an easy task. We worked together for months with my colleagues Ana Petrusheva, Goce Trpkovski, Vlado Apostolov and Vasko Magleshov. It was not the research and the verification of data that we found most difficult but the resistance of some colleagues and people in the industry. Raising issues about the media – who they are, what they do, who is behind them, is often seen as an act of provocation, as opening up a conflict, as media usually tend not to report on the media industry.

We don’t really understand those reactions. Those with power to put others in the spotlight shouldn’t mind when that same spotlight is put on them.

However, it turned out that the media moguls that have obtained the right to call others to account are not very comfortable with being held accountable. Media freedom is too often understood as ‘the freedom for the fox in the coop’, which we found disappointing.

The database reveals an open secret that we have had for a long time in our country – that media owners have for a long time enjoyed the comfortable status of never coming under critical scrutiny. This status even politicians can envy. We revealed also that we have media with problematic ownerships, with off-shore companies behind them, who go in and out of politics, or who were appointed directors of public enterprises.”

Do you believe the media can regain public trust?

This is a very important question that every media outlet must answer for itself. This is the question on which their survival depends. Unfortunately, I have the impression that only a few of them understand the urgency and importance of restoring and maintaining the trust of the audience.

How can journalists gain readers’ trust?

By being professional, no other way