BIRN and the Srebrenica Memorial Centre opened a new memorial room containing the video testimonies of 100 Srebrenica genocide survivors and personal items that they donated for safekeeping. 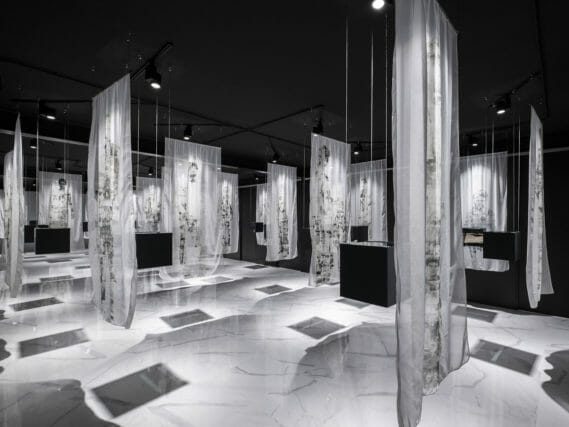 The new memorial room, entitled ‘The Lives Behind the Fields of Death’, opened on Tuesday at the Srebrenica Memorial Centre, with the intention of highlighting survivors’ stories and combatting genocide denial.

A joint project by BIRN Bosnia and Herzegovina and the Srebrenica Memorial Centre, it contains 100 video testimonies from survivors and personal items that they donated to the Memorial Centre’s museum collection. The testimonies can also be watched online on a special BIRN site.

BIRN Bosnia and Herzegovina’s director Denis Dzidic said he was grateful to the 100 survivors and the family members of those who were killed in the July 1995 genocide for deciding to share their worst experiences and publicly speak about the consequences of genocide.

“This platform and memorial room aim to bring the Srebrenica story back to people’s personal experiences and contributing to reducing genocide denial and the misuse of genocide for political purposes. Nobody can remain unmoved by these stories,” Dzidic said.

The project was supported by the Netherlands, whose ambassador to Bosnia and Herzegovina, Jan Waltmans, told the opening ceremony that one reason why the exhibition is important because it gives “a human dimension” to the facts and figures about the genocide which have been determined by the International Criminal Tribunal for the Former Yugoslavia in The Hague.

“We must never forget the Srebrenica genocide, neither the victims nor the survivors. The second reason is that education remains a cornerstone in attempts to prevent future wars, atrocities and genocides,” said Waltmans.

“During the first six months of my term in office in Bosnia and Herzegovina, through conversations, I have learned a lot about the pain and sorrow of people who survived the genocide, about families of victims who miss the presence of their relatives every day,” he added.

He also said that he had met “many resilient people in Bosnia and Herzegovina, who believe in and fight for a country in which there is no room for inflammatory rhetoric and divisions, for a society in which children play together irrespective of their origin”.

High Representative Christian Schmidt, the senior international official responsible for overseeing the implementation of the peace process that ended the Bosnian war, said that the genocide continued to have an impact on life today in Bosnia and Herzegovina.

“I come from a society in which successive generations dealt with genocide legacy. This process was painful and continued for decades. It was often interrupted by denial, partly because the crime in itself is unimaginable – one doesn’t believe in it,” said Schmidt, who is German.

“For that reason, a court investigation and detailed and empirical historic investigations are necessary. The reconciliation process cannot go on without it,” he added.

Johann Sattler, the EU Special Representative in Bosnia and Herzegovina, who also attended the opening ceremony, warned that “the culture of genocide and crime denial continues to live”.

“The EU and many others here today are really working tirelessly and we are trying to learn lessons from the past and look towards the future, to preserve the future of Bosnia and Herzegovina,” said Sattler.

The president of the managing board of the Srebrenica Memorial Centre, Sefket Hafizovic, said that the memorial room would be “proof of genocide” but also proof that it was the consequence of “ethnic nationalism”.

“The crime of genocide is a crime against the whole of humanity,” added Hasan Hasanovic, oral history team leader at the Memorial Centre.

Watch the video testimonies at BIRN’s The Lives Behind the Fields of Death site here.