Each month, BIRN introduces you to a different member of its team. For September, meet Karla Juničić, Engagement Editor and Coordinator at Balkan Investigative Reporting Network. 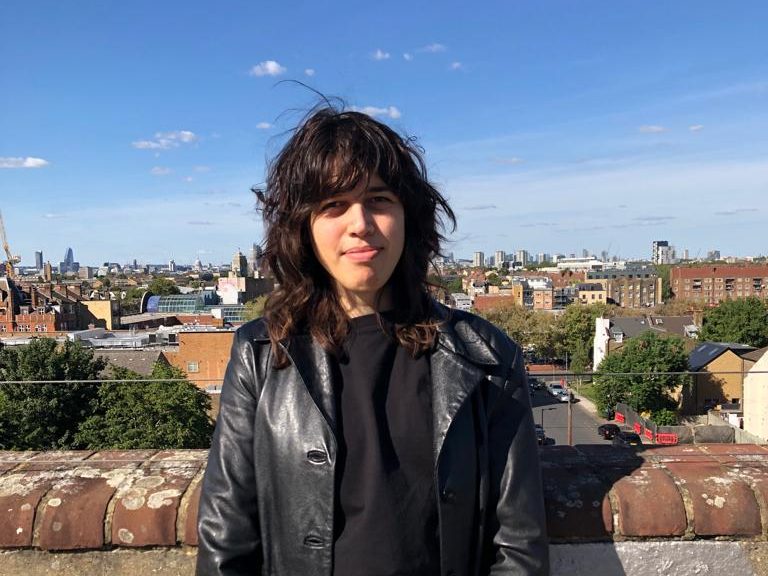 Karla is from Croatia and is based in the United Kingdom. She studied literature and philosophy and political sciences. She has been working as a journalist for five years, starting her career reporting on international affairs and global events.

“The biggest challenge remains restoring faith in the media in the age when audiences are vulnerable to disinformation. Engagement journalism can be a solution because it allows audiences to be active participants in making the news,” Karla says.

BIRN participates in the Media Innovation Europe and within this context has launched a call for Audience-Engaged Journalism.

As she introduces BIRN’s new initiative, let’s meet her.

Joining BIRN in October 2021 on a project of engagement journalism has taught me that, by listening to the audience, significant stories can be made that will have a visible impact and promote positive change in local communities. Audiences can use their power to report on issues that matter to them, and the journalist can serve as a facilitator who will factcheck their input, write about their concerns and influence other people or authorities to act upon them. People will relate easier to an issue of local concern. Often it is the local perspective or event that will draw national and even international interest.

The biggest challenge remains to restore faith in media in the age when the audience is vulnerable to disinformation. Engagement journalism can be a solution because it allows audiences to be active participants in making the news. People today want to be heard, and want to be listened to, which is obvious from a simple glance through social media. At the same time, local media need to be empowered to become independent and financially resilient, to offer trustworthy information in a complex media environment.

BIRN has developed a tool which enables journalists to crowdsource information on topics of citizens’ interest and engage audience in reporting. Within the project Media innovation Europe, BIRN will offer Audience-Engaged Journalism grants to expand tool usage and train journalist to implement audience engagement journalism. Grants of up to €10,000 will be offered to journalists in 10 Visegrad and Balkan countries to develop investigative in-depth stories by engaging citizens in reporting. The call, which is open until October 28, invites journalists to send in story proposals. Journalists can choose to work on collaborative cross-border stories or on their own individual story. The most interesting proposals, which demonstrate commitment to engage citizens from diverse communities and develop investigative stories will be selected by an international independent jury and receive the funding.

BIRN’s tool to engage citizens in reporting has been pilot-tested since 2020 and 51 media outlets from Balkans has implemented it. BIRN offered training and mentoring for journalists on how to make engagement stories within the Supporting Greater Media Independence in the Western Balkans project. Many interesting stories made an impact, so it is hard to pick just one. It was inspiring to see how some stories initiated local environmental initiatives. Citizens were desperate to report about ecological issues in each Balkan country to media outlets. They were also concerned about issues of local infrastructure, corruption, healthcare and minority rights. A story by Albanian media outlet Historia Ime about a transgender person who was refused a taxi service prompted an antidiscrimination process. The company had to issue a public apology and teach its staff about LGBTQ issues while the story itself was picked up by national and international media. Another example of impact was by SDK from Skopje, which collected evidence of unresolved court cases from ordinary people. In the end, the courts decided to look into these cases, collected by the outlet. You can check some of these stories on BIRN’s YouTube channel, “Engagement journalism in the Balkans”.

As mentioned before, BIRN offers outlets a tool, training and mentoring. But this is only the beginning of the process. Media outlets need to get familiar with their audiences’ interests and concerns. The tool offers this possibility. It is an initial instrument which will help journalists gather data and multimedia material, like photos or videos. The journalist’s job is to check the information and then use it to make stories. The tool offers audiences a chance to report while staying anonymous, or by giving their contact details. According to media outlets, this feature helps to bridge the gap with marginalised and underrepresented communities who have often lost faith in the media and institutions. Through investigations, many communities got acquainted with audience engagement and participated more actively in reporting.

From the technical aspect, the plan is keep adapting the tool to make it more approachable to users. The next goal is to expand the tool among journalists who will use it to engage their communities, which will be done through Media Innovation Europe project. Many media outlets have continued to use the tool even after their projects with BIRN ended. That is an important step towards the sustainability of engagement journalism in the Balkans.