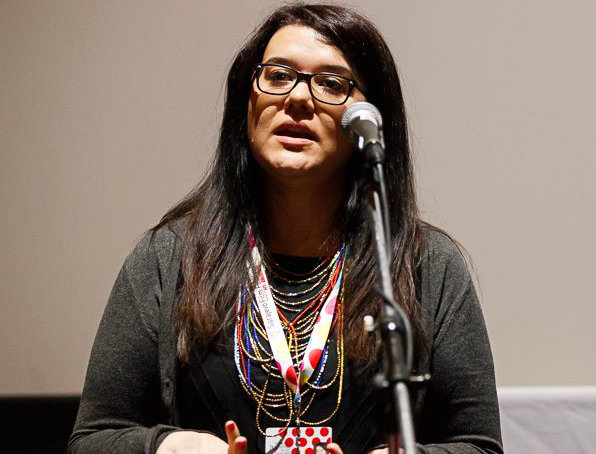 Marija Ristic has been appointed as BIRN’s Regional Network Director, effective from May 1 this year.

She will lead the BIRN Hub, which coordinates the BIRN network, dealing with editorial, training, operations and development, as well as developing, fundraising for and coordinating core regional projects.

Since its inception, BIRN has attracted exceptional professionals to its team who have helped the organisation over the years to flourish and become a trusted source of information, and Ristic is one of the foremost examples, said Gordana Igric, the current BIRN Regional Network Director.

“I feel confident that she will bring fresh ideas and new energy to the Network, as well as passionately guard the quality of programmes within the Hub,” Igric said.

Ristic started working for BIRN in 2011 as a journalist, contributing to the regional Balkan Transitional Justice programme. Topics related to facing the past, reconciliation and transitional justice have been at the core of her professional development.

In 2015, Ristic produced the award-winning documentary ‘The Unidentified’, which was screened across the Europe and the United States.

She also made BIRN one of the first media organisations in the Western Balkans to initiate regular reporting about violent extremism, populism and propaganda under the regional Resonant Voices Initiative, which also involved training journalists to cover these topics.

“It is a privilege and an honour to lead such an exceptional team of professionals who have been at the forefront of defending media freedoms, human rights and setting the highest journalistic standards across the Western Balkans region,” Ristic said.

She has also been actively involved in organisational development, fundraising and expanding the organisation’s influence regionally and abroad over the past several years.

Ristic is a graduate of the Geneva Academy for International Humanitarian Law and Human Rights. She has received numerous awards and scholarships from the Konrad Adenauer Stiftung, the OSCE, Zoran Djindjic Foundation and the Research Council of Norway. She is currently a fellow at the Free University in Berlin, Germany enrolled in the European Journalism Fellowship programme, researching universal jurisdiction.

Gordana Igric, the outgoing Regional Network Director, set up BIRN in 2004, and over the past 14 years has overseen its growth from a handful of employees to around 150, with six offices in the Western Balkans, journalistic coverage from 13 countries, and 16 websites in English and local languages.