The three best investigative stories in Kosovo published in 2020 were awarded in Pristina on Thursday, July 15, 2021. 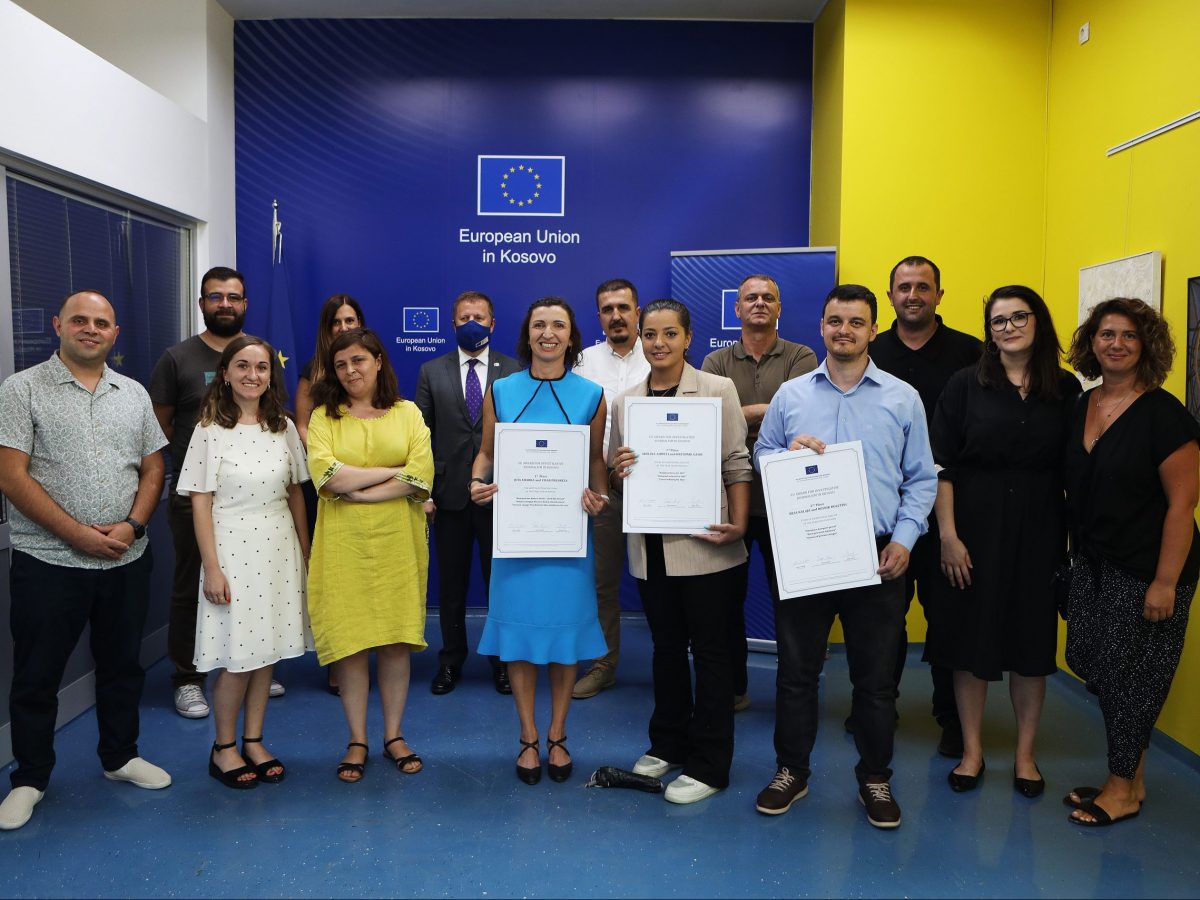 Six journalists who received the awards exposed important information about illegal gambling, violation of anti-monopoly rules and fraud with college accreditations and degrees.

The awards were presented by the EU Special Representative to Kosovo, Ambassador Tomas Szuyong who noted that a free media and independent journalism is essential for any democratic society, and by Xhelal Neziri, the Head of Jury who made a summary of the jury decision and commented on the relevance of all awarded stories, noting how “investigative journalists have been a great contribution to the democracy of this country, because transparency is the foundation of a functioning democratic state”.

This year’s jury consisted of Neziri, as Head of Jury and jury members Edis Agani and Mustafa Canka.

Jeta Xharra and Visar Prebreza came in first place for the best investigative story, “Unclean energy: A Kosovar who owned the sun”, about a Kosovo businessman who stands behind six companies registered in Malta, reaping millions of euros from the sale of solar energy – in violation of anti-monopoly rules.

The BIRN investigation found out that Blerim Devolli receives incentives to produce more than half of the total solar energy used in Kosovo. The six-month investigation uncovered hidden companies, owned by a single person, through which solar energy is produced, and resulted in the country’s Anti-Corruption Agency opening an investigation based on BIRN’s inquiries.

Xharra, in her acceptance speech, emphasized the importance of those in government as well as citizens with integrity being willing to fight corruption and wrongdoing.

The second award, for a story of exceptional quality, went to Besa Kalaja and Besnik Boletini whose article “Victims of private colleges” addressed the manipulation that has been done for years and is still being done by private colleges in Kosovo.

Their research found that thousands of students have completed their studies and graduated from private colleges, but have not legally graduated because the colleges did not obtain all the right accreditation or get registered at the Ministry of Education. Due to this, many students lost their right to scholarships abroad.

Finally, a story about illegal gambling in a village of Karaçeva by Kreshnik Gashi and Adelina Ahmeti won third prize as a story of exceptional quality.

After the adoption of a law that made gambling illegal in Kosovo, KALLXO.com received information that gambling was being conducted illegally in different locations. This information revealed that a neighbourhood had been set up in the village of Karaçeva where facilities functioned as casinos.

In cooperation with the KALLXO.com team, prosecutor Rozelida Manastiri started an investigation which lasted about 14 months. The series, “Crime in Karaçeva 1&2”, involved several months of investigation resulting in the capture and arrest of more than 50 people in connection with the Karaçeva case.

The EU Award for Investigative Journalism is presented annually in six Western Balkan countries and Turkey for exceptional investigations published in the previous year.