For the 11th time, BIRN’s flagship Summer School of Investigative Reporting is bringing together journalists and award-winning trainers for a week-long programme intended to develop skills and explore new techniques. 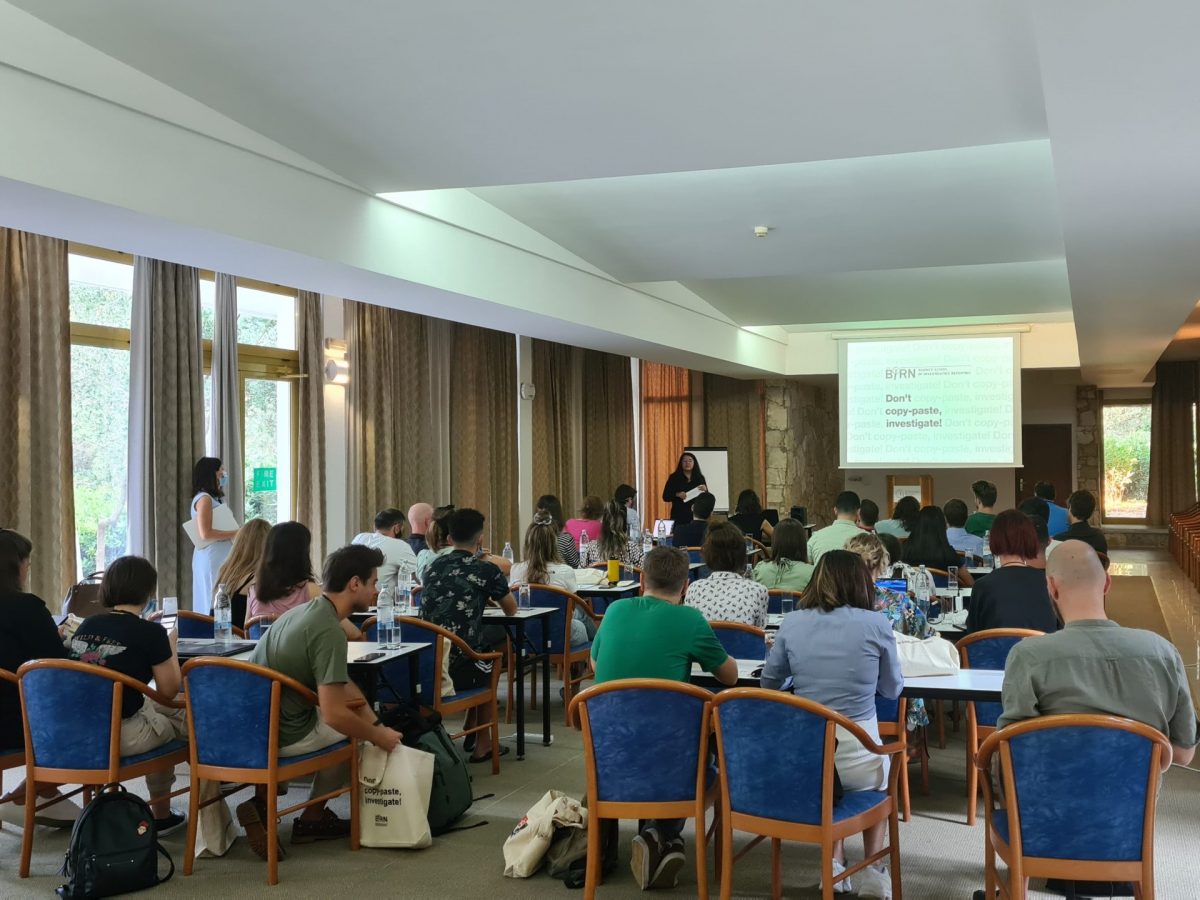 This year’s Summer School of Investigative Reporting started on Monday in the Croatian coastal village of Mlini with lectures about how to use open-source investigative techniques and to trace the documents behind policy decisions.

For the first time this summer, the applicants had the chance to choose one of four course themes: Arms, Surveillance, Agriculture and Waste. During the week, they will be divided into four teams, led by trainers from BIRN and Lighthouse Reports, to investigate leads and produce cross-border stories.

Marija Ristic, the regional director of the Balkan Investigative Reporting Network and also one of the lead trainers, welcomed the participants and trainers on Monday, saying that the Summer School is a unique opportunity for journalists across the region to gain skills from top trainers in investigative journalism.

“We will also have a bit of a different programme than usual, consisting of both training sessions and working on stories covering pressing issues like surveillance, the arms trade and environmental topics. The work on the investigations will continue after the School but we aim to finish as much as we can during this week,” Ristic said.

Ludo Hekman, another lead trainer and editor and founder of the Lighthouse Reports, said that the concept of the School enables journalists to immediately apply what they have learned in working on actual investigative stories.

“This is an efficient and inspiring way to work. It is also important if you can apply what you learn immediately; another objective is to learn from one another and go home with the report, with some compelling information,” Hekman said.

After the opening remarks, Leone Hadavi, a freelance open source investigator and a contributor to the Lighthouse EUArms project, held a session entitled ‘Open-Source Investigative Techniques: Basics for Investigative Journalism’.

Hadavi introduced the participants to open-source investigative techniques and talked about their importance in conducting investigations. He offered various useful tips and tools on how to do an image reverse search and how to geo-locate videos and images found on social media.

“It happens sometimes that you receive images or videos from people arguing that something happened yesterday or two years ago. We cannot trust anyone and we need to verify every single piece of information we get,” Hadavi explained.

The first day ended with Lise Witteman, an independent reporter on the EU who specialises in following the paper trails of European decision-making processes. Witteman explained to the participants how to trace the documents that lie behind policy decisions.

She said that following European Union politics is tough and was particularly so when she first began covering it: “It was a challenge to decide what could be a story as there were so many files, so many documents, you could drown in all this information,” she said.

She also talked about the toolbox she has developed over the years, which helps her search through documents, names and procurements to narrow down the huge amounts of information.

In the coming days, there will be sessions focusing on data journalism and investigating the management of borders. The vast majority of the time, however, will be dedicated to working in groups and investigating specific leads that relate to the four chosen topics.