On June 15, BIRN Kosovo held a training session with students from the Shaban Hashani high school in Ferizaj, as part of the Solidifying the Resilience of Kosovo’s Current and Future Journalists project 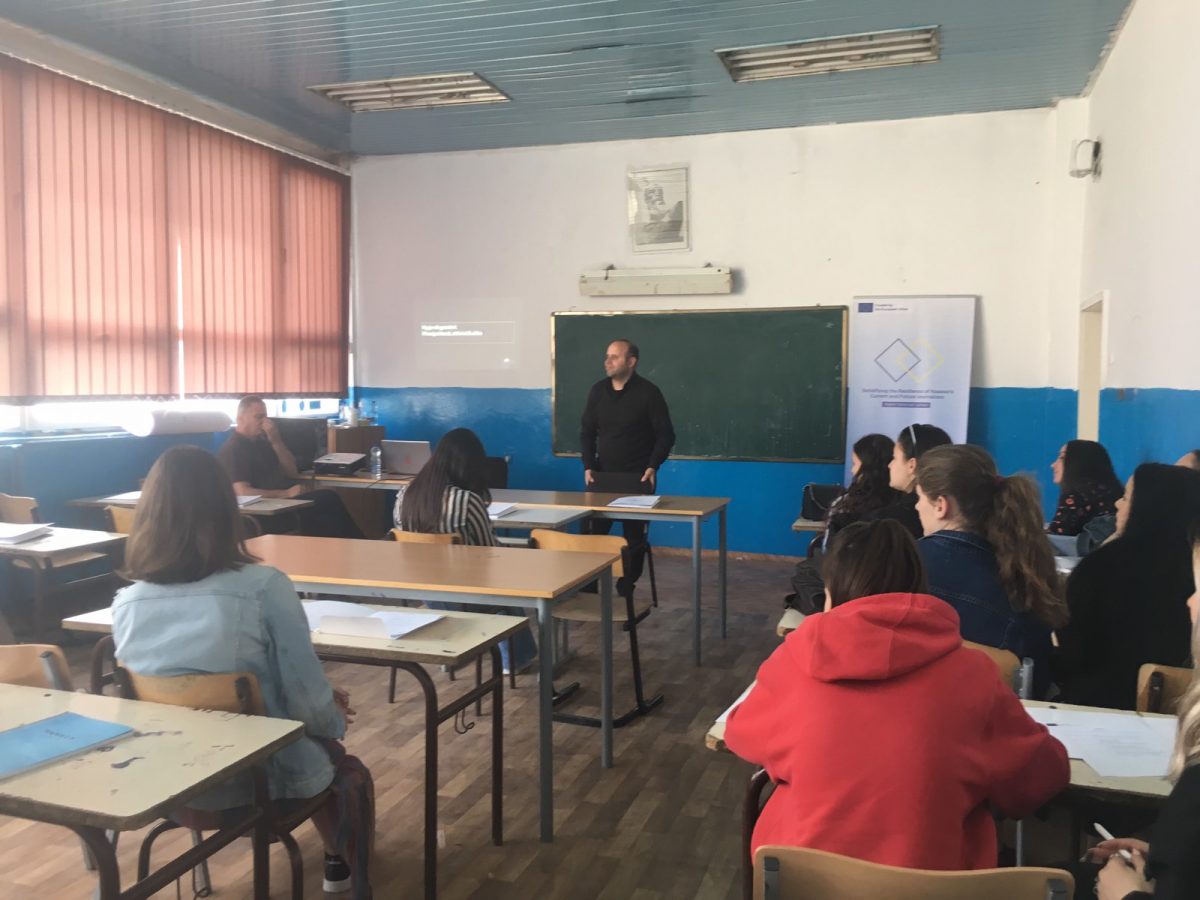 The session was the first held in BIRN Kosovo’s new training program for students at Kosovo’s state-run high schools who are interested in gaining experience in media production, media literacy and tackling fake news.

The program aims to nurture young talent by mentoring students in the production of videos, photos and articles. By engaging Kosovo’s citizens at this young age, it is hoped that the next generation of journalists will go on to increase the independence of the media and the transparency and accountability of public institutions, as well as enhance civic engagement.

In the first session which took place in the municipality of Ferizaj, a total of 19 students participated, 15 of whom were women.

At the end of the training session, the youngsters pitched their journalistic ideas. These pitches will be collected and thoroughly analysed by the BIRN team, who will then select the best stories for publication on the online platform KallxoRinia (Kallxo Youth), the production of which will be overseen by a team of BIRN Kosovo editors.

In the upcoming months, BIRN will hold another nine training sessions at social studies departments in public high schools across Kosovo.