BIRN’s investigation into the controversial business of Milos Marovic, son of Montenegrin fugitive ex-president Svetozar Marovic, was among the winning reports in this year’s EU Awards for Investigative Journalism, given for stories published in 2020 in Montenegro. 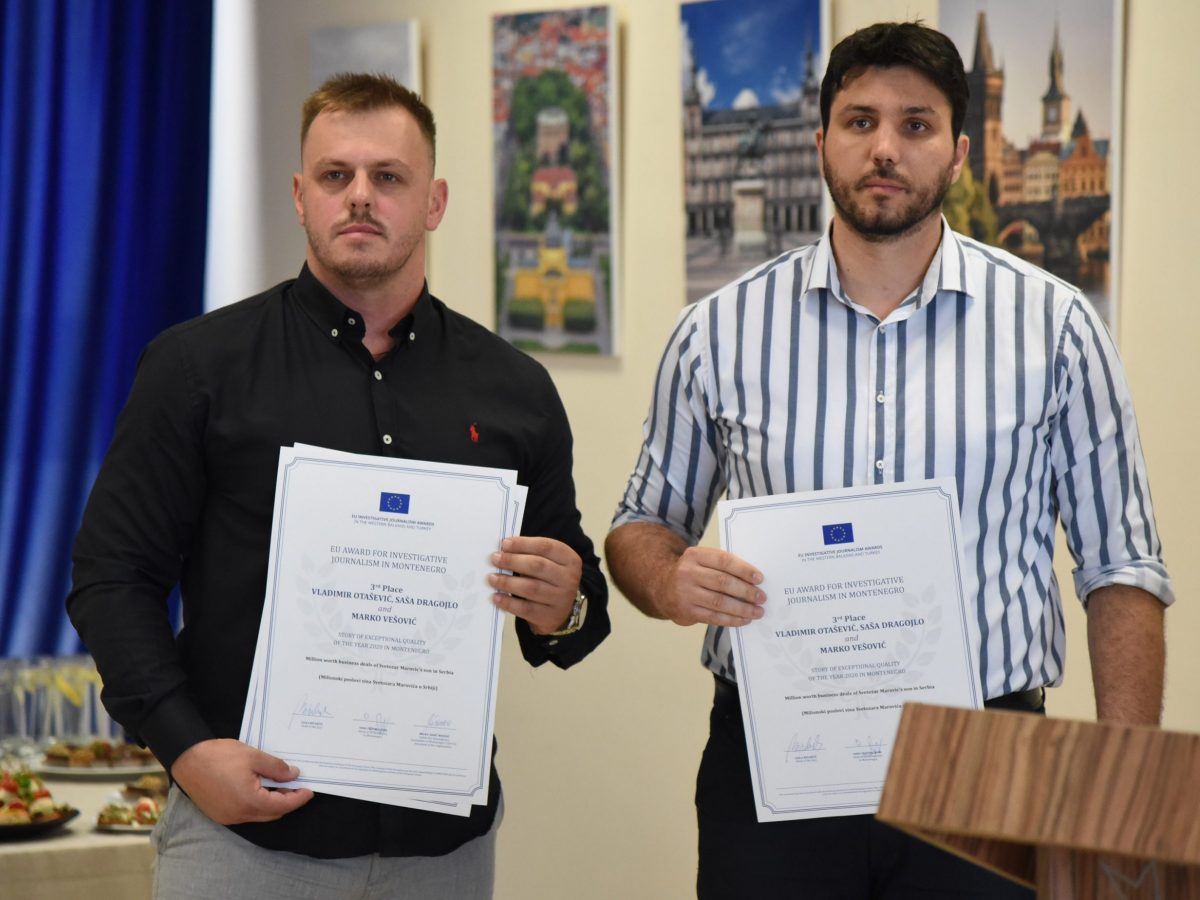 BIRN’s investigation, ‘Son of Fugitive Ex-President Builds Raspberry Fortune in Serbia’, revealing how Serbia serves as a ‘safe haven’ for the family of the fugitive Montenegrin former politician Svetozar Marovic, was awarded third place in the EU Awards for Investigative Journalism at a ceremony on June 15 in Montenegro’s capital Podgorica.

The investigative report, produced by BIRN’s Sasa Dragojlo from Serbia, Marko Vesovic of Dan in Montenegro and Vladimir Otasevic from Montenegrin investigative media Lupa, was published in December 2020 and republished by a number of local and international media outlets. It showed that since fleeing a prison sentence in Montenegro in 2016, Marovic’s son Milos has built up agricultural land holdings in Serbia worth more than a million euros.

After the investigation was published, the Montenegrin authorities renewed their call for Svetozar Marozic’s extradition.

Serbia, on the other hand, remained silent, and also rejected a BIRN freedom of information request on the progress of Montenegro’s attempt to extradite Svetozar Marovic, saying its laws oblige it to “maintain confidentiality” about the case.

Commenting on the award, Dragojlo said that investigative journalism should be used to confront “the mighty and privileged and their damaging or corrupt actions”.

“That often looks like a Sisyphean task, but awards like this are a sign that not everything is in vain, and that shining a light on the dubious deeds of the elites are beneficial for the whole of society,” he said.

“I want to thank the colleagues I worked with for their commitment and encourage other journalists to cooperate more as transnational teams, since for a long time there have been no borders nor boundaries for the crooked,” he added.

First prize went to journalists Biljana Matijasevic and Alisa Hajdarpasic for their story ‘Portonovi is Owned by the Daughter of the President of Azerbaijan’, published by Centre for Investigative Journalism in Montenegro.

Second prize was awarded to Svetlana Djokic of TV Vijesti for the series ‘Way of Revenge’, while Dejan Milovac from MANS received a special award for research for the investigation ‘Dossier Carevic: All the President’s People’.

The aim of the project is to empower and support independent journalism and investigative journalists.