BIRN Kosovo has published findings from its municipal expenses monitoring project entitled ‘How Much Does the Boss Eat?’ 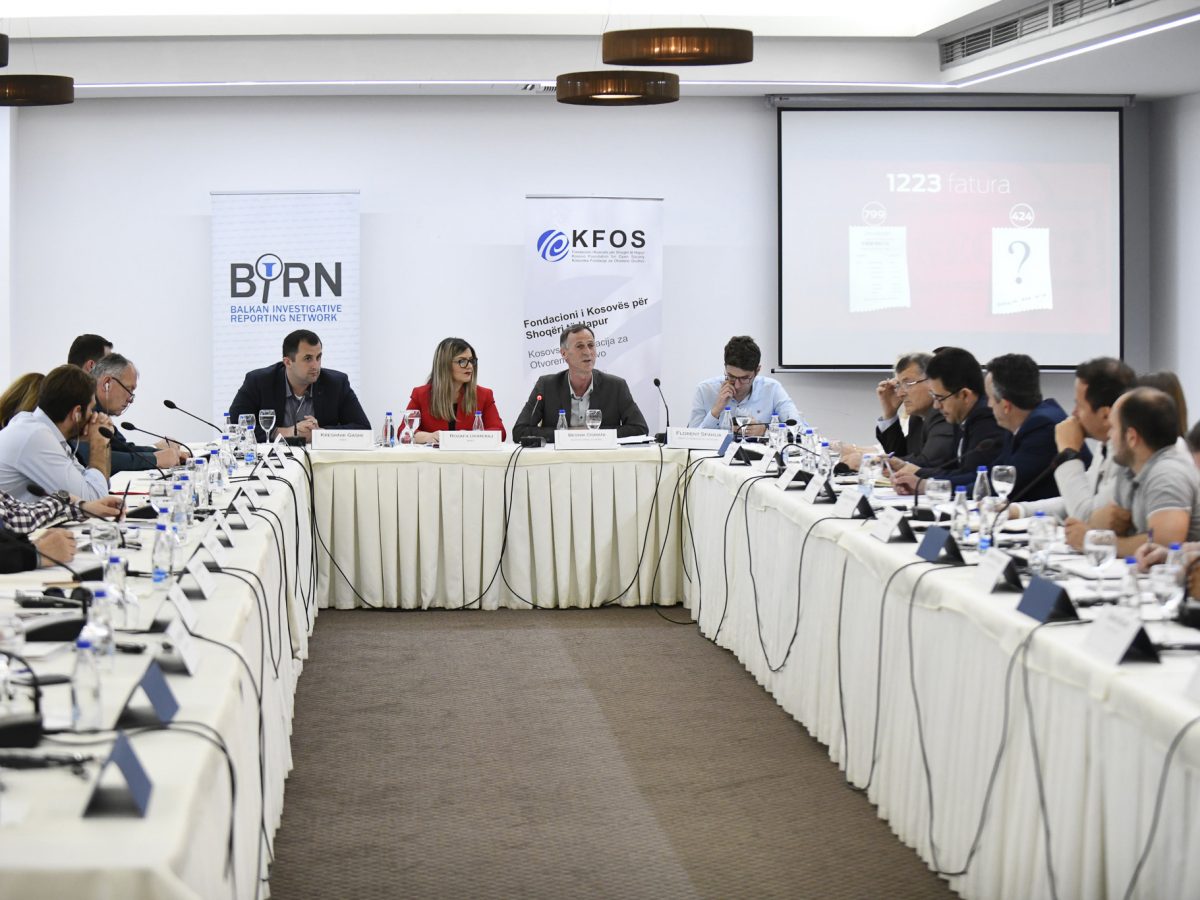 The project, supported by Kosovo Foundation for Open Society, KFOS, was presented at a roundtable discussion on April 26, where the expenses incurred by municipal employees for official meetings, lunches, and dinners were reviewed on a national level.

In 2012, BIRN Kosovo filed legal proceedings against the Office of the Prime Minister of the Republic of Kosovo because it failed to disclose the receipts of expenses of the prime minister and his officials. After a lengthy judicial process, Pristina Basic Court ruled that every expense paid out of public funds must be transparent and open to the public.

As a result, BIRN decided to extend the monitoring of the expenses of governmental officials to the local level, based on the ruling laid down in the Pristina Basic Court case. Since December 2018, BIRN has sent legal requests to all 38 municipalities in Kosovo, requesting the disclosure of their expenses for lunches, dinners, and events for the period of December 2017 to August 2018.

As of January 2019, BIRN Kosovo has published 78 reports at BIRN’s KALLXO.com site. Kreshnik Gashi, the managing editor of the site, presented the findings.

“Besides testing transparency, the project aimed to analyse the true nature of publicly-funded expenses,” said Gashi.

Out of 38 municipalities, 24 provided receipts for the requested period, which resulted in the processing and analysis of over 1,200 receipts.

The findings presented at the roundtable discussion, which was attended by financial officers from many municipalities in Kosovo, as well as civil society representatives, showed that municipalities have accepted expenses claims for which the receipts gave no information on the nature of the expenses being claimed.

Furthermore, the findings show that a considerable amount of expenses were made for alcohol, as well as other items like cigarettes and chewing gum.

Rozafa Ukimeraj, the General Secretary of the Ministry of Local Government Administration (MLGA), presented the outcomes and challenges regarding municipal budget processes, as well as the financial sustainability aspects of municipalities and the steps taken by the MLGA to improve the policy and legislation framework in order to increase transparency and accountability in the management of public funds.

The General Auditor, Besnik Osmani, presented findings about financial checks on municipalities and about the management of and accountability in the process of the spending of public money.

Among a number of recommendations, BIRN suggested to MLGA that within the performance evaluation of municipalities in Kosovo, a transparency mechanism should be included regarding the expenses of municipal officials for lunches, dinners and other general expenses.