After BIRN project coordinator Sofija Todorovic live tweeted from a nationalist demonstration in Belgrade against an ethnic Albanian baker, the hate-speech mongers turned their attention to her. 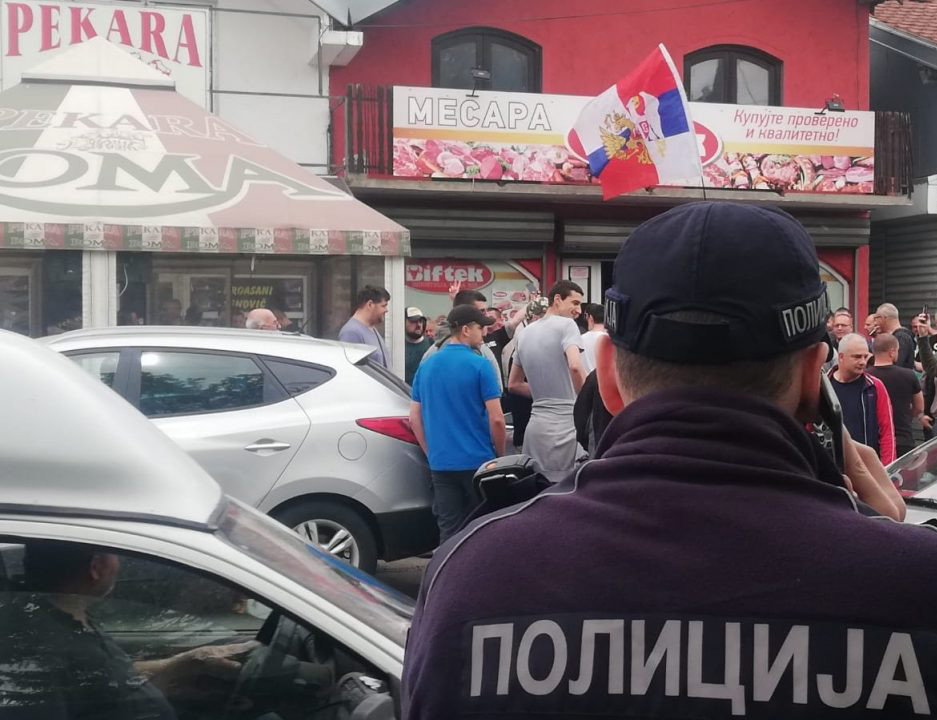 Serbian right-wingers have begun a concerted campaign against BIRN project coordinator Sofija Todorovic since she defended the rights of an ethnic Albanian baker in her hometown of Borca – himself the subject of nationalist attacks – sharing hate speech, insults and threats to her on social media and attempting to hack her account on Twitter.

“I have received lots of threats on my social networks and, sadly, I do not feel comfortable or safe enough in the place where I was born and where I currently live,” Todorovic told BIRN.

“But for me the option was not remain silent while all aspects of a life of an innocent man are threatened with this shameful and dangerous campaign,” Todorovic added – explaining her public advocacy of an Albanian baker who has been subject to nationalist intimidation in Borca.

Todorovic has a long history of work in human rights activism. Before joining BIRN, she worked with the Youth Initiative for Human Rights.

Following everything that has happened to her lately, she has said she will file an official complaint with the Serbian police.

Serbian ultra-nationalists recently started to target the Albanian baker in the Belgrade suburb of Borca, which is also Todorovic’s hometown.

Mon Gjuraj became a target of nationalist fury after right wingers on Facebook re-posted a two-year-old picture of his cousin posing with a hand gesture in the shape of a double-headed eagle – the national symbol of Albanians.

On April 27, nationalists gathered in front of the bakery, shouted nationalistic slogans, played Serbian patriotic songs, put stickers reading “Kosovo is Serbia” on the windows, and threw pig’s heads at the bakery – a reference to his being a Muslim. A similar event was organized again on May 4.

During the April 27 event, Todorovic was live tweeting and posting videos of the incidents.

Since then, she has received online threats. Right-wingers have made videos about her, calling her insulting names, mentioning her family and re-posting old pictures that are no longer public.

Andrej Petrovski, from the Serbian SHARE Foundation, an NGO dedicated to protecting people’s digital rights, told BIRN that Todorovic’s account had been subjected to attack.

He added that, when Twitter asked for verification by the number of her phone, the hacker used Todorovic’s old number, because of which the account has stayed locked.

“We are trying to communicate with Twitter on this case so it can provide her with the possibility to add her current phone number,” Petrovski said.

BIRN has also sent questions to Twitter about this matter but received no answer by the time of publication.