Over 20 Albanian, Serbian and Roma high school students from the Kosovo municipalities of Gracanica and Lipjan took part in a debate organized by BIRN Kosovo and Gracanica Online on “Increasing security in social media platforms as a mechanism for protection against fake news”, held in Gracanica. 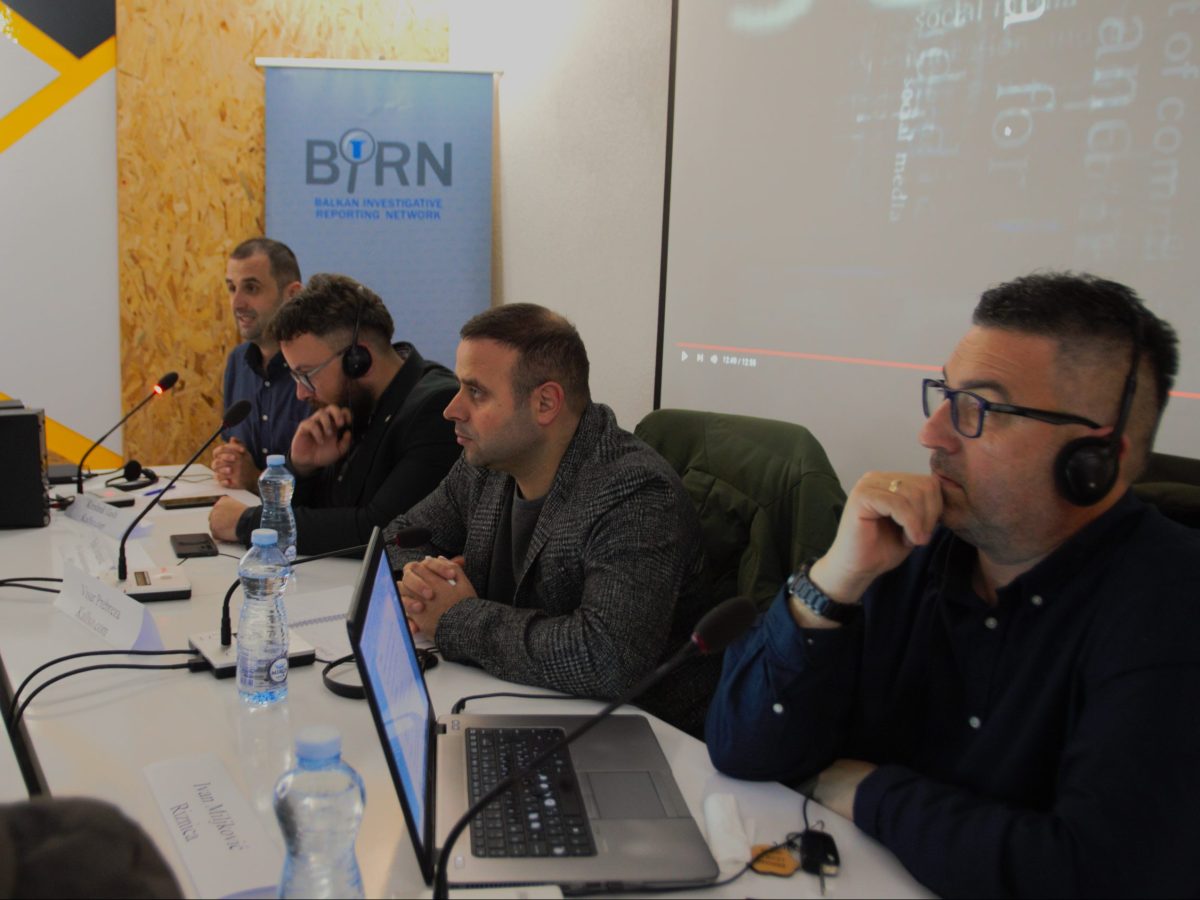 Activity kicked off with presentation of a report, “(Un)Safe Internet” and continued with the presentation and discussion of the panel.

This was composed of Kreshnik Gashi, member of the Kosovo Press Council and correspondent of Reporters without Borders for Kosovo and managing editor of KALLXO.com; Rajko Jovanovic, from the Gracanica-based the NGO Communication for Social Development; Visar Prebreza, Managing Editor at KALLXO.com; and Ivan Miljkovic, journalist with Riznica portal.

The panelists raised the issue of the danger, especially to young people, of privacy, identity and integrity violations on the Internet. The debate concluded that dubious media use inaccurate and disinformation to disorientate the public and draw attention from the truth, inciting hatred and compromising the security of individuals, groups, communities regardless of ethnic, religious or cultural affiliations by creating a false image of the same.

The panel recommended increased caution when using social networks and emphasized the legal consequences that the individuals may face through different types of interaction on these social media platforms.

The youngsters participating in this debate expressed their experience with social networks, denouncing negative phenomena in the environments where they interact but also with the aim of promoting positive initiatives.

This activity was carried out within the UNMIK-supported project “Addressing disinformation through fact-checking journalism”.