Each month, BIRN introduces you to a different member of its team. For
December, meet Eleni Stamatoukou, BIRN’s Communication Manager and Journalist at Balkan Insight. 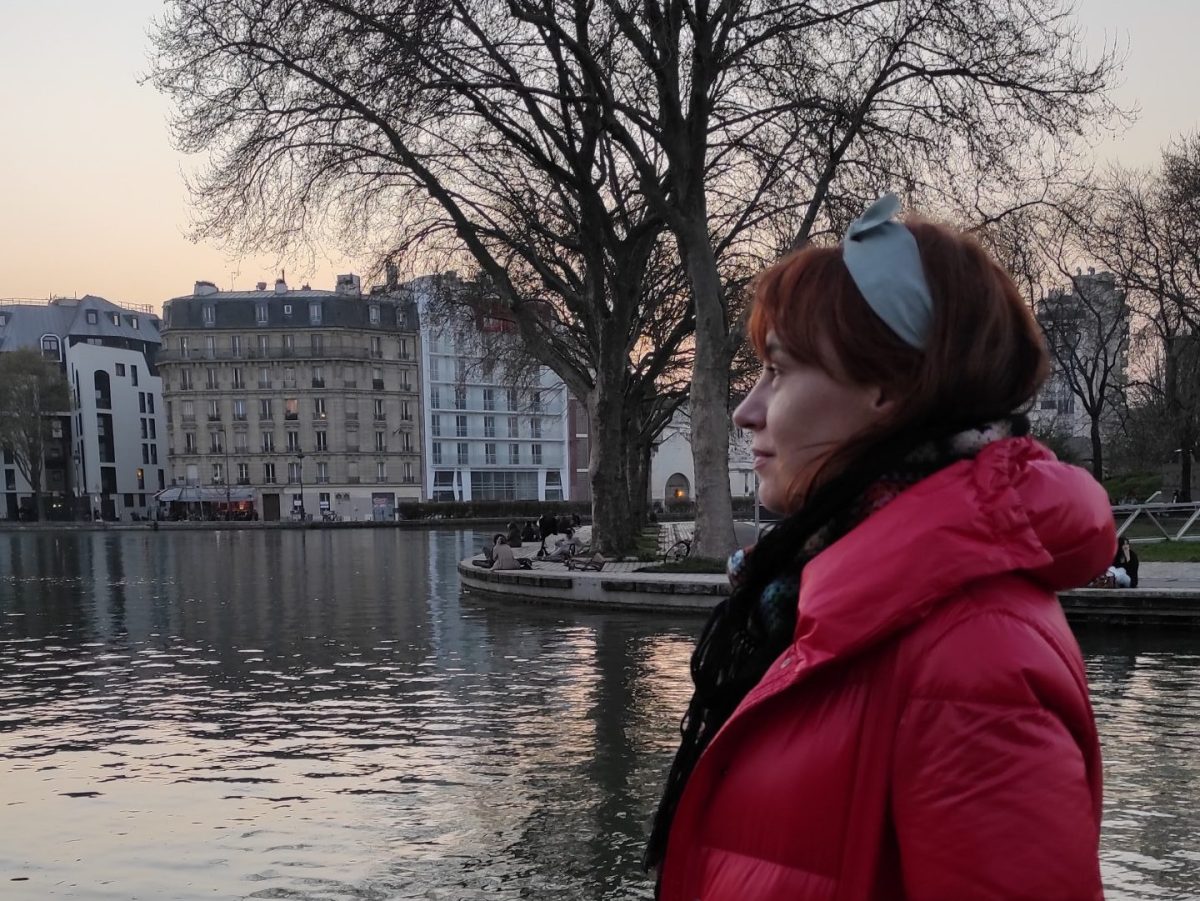 Eleni Stamatouku, 41, has been working for BIRN’s flagship Balkan Insight for the last two years as our correspondent from Greece as well as Communications Manager in BIRN.

Based in Athens, she has a BA in Balkan Studies and MA in Social Anthropology and wanted to be a journalist since she was a young child. For her, journalism allows people to “live” different lives by meeting people from all cultures.

She always tries to include the human side in all the topics she reports on, so it is even easier for the readers to relate. She has led BIRN’s investigation into the harassment of Greek women journalists in their workplaces. The investigation covered incidents from 1993 to 2021, revealing that female journalists in Greece do not feel safe reporting incidents.

1. Why did you decide to become a journalist?

When we were in the first grade, our teacher asked us to write down what we wanted to become when we grew up. I still have this composition. I wrote that I wanted to be a teacher or a journalist. I chose to be a journalist because I like listening to and writing stories. Through journalism, you can “live” different lives and meet extraordinary people and cultures. That’s the good part of our profession.

2.  Do you have a quote, it can be directly about journalism or not, that you keep in mind during your work? If yes, share it with us and explain why you picked it.

After finishing reporting (reading, interviews, transcriptions, meetings, etc.), the best part is the writing process, as I listen to music to concentrate and write. In her book “Girl in a band: A Memoir” Kim Gordon, who formed Sonic Youth together with Thurston Moore, narrates a conversation she had with her friend, an artist called Dan, who confesses to her that he wishes he could make art that was like a Kinks’ song. Gordon questions herself, saying: “A lot of artists listen to music while they work, and many think, ‘Why can’t I make art that looks as intense as the sounds I’m hearing’? I don’t have an answer.” I wish my journalism could be as intense as the sounds of my favourite songs – a difficult task.

3. What do you like most in your job, and what is the most challenging thing?

I am very proud to be part of BIRN’s family and have the chance to collaborate with many people from different backgrounds and cultures. The thing that I like is that I am always learning something new. The most challenging thing in my everyday work is the deadlines and the obstacles, when companies, state bodies, and people do not answer my questions.

4. On what kind of stories do you prefer to work and why? Which is your favoirite story you have written for Balkan Insight so far?

I like to write primarily human stories because I feel like that’s the only way readers can feel some connection and relate. Even in the most difficult investigations, I always try to get people talking first.

One of my favorite investigations is “No Refund: How Greece Made Passengers Pay to KeepAirlines Alive,” which is about consumers in Greece and abroad who were waiting to get their money back from three Greek airlines (Aegean Airlines, Sky Express, Ellinair) when their flights were canceled due to the pandemic. The Greek government supported a voucher-only compensation scheme at the expense of consumers, and contrary to European law. I should note here that the Greek media refused to publish this research at first. Aegean Airlines is one of the largest companies in Greece and has a big influence.

5. Recently you published an investigation into the #metoo movement in Greek media. Would you like to tell us more about this story and its importance?

Due to the lack of a media watchdog in Greece, BIRN investigated the harassment of Greek female journalists in their workplaces.

The BIRN investigation disclosed that female journalists are often afraid to report such abuse and harassment and ignore the procedures. At the same time, most media in Greece do not even have the means to handle such cases.

BIRN’s research covered incidents over almost 30 years, from 1993 to 2021, documented through interviews with current and former media industry workers

The investigation was republished in Greek by the EFSYN newspaper and presented by several Greek media, such as Lifo, In.gr, ERT3, Proto Thema, Marie Claire, TVXS, Ladylike.gr, Popaganda.gr etc.

BIRN’s investigation helped open up a long-needed debate on the abuse and harassment of female journalists in the Greek media.

6. What were the main obstacles during this investigation?

I want to thank my editor-in-chief Dusica Tomovic and all my editors and colleagues at Balkan Insight. Without their support, I could not have done this research. The biggest difficulty was how to approach the female victims who agreed to meet in person. I was very anxious how to make the interviewees feel safe so that they would trust me and share their stories with me. Then there were various other small “difficulties” such as the reactions of the Greek media – some of which were exaggerated – when we asked to see if they have procedures where victims can seek help and report their abuse / harassment. A second investigation could certainly be written about the reactions of the Greek media. I hope our report helps in some way to slowly change things in the Greek press.

7.  What is your advice to aspiring journalists who want to work as correspondents in our region?