The Balkan Investigative Reporting Network in Albania held a three-day training course on data-driven journalism for the network’s journalists across the region from September 6-9 in Tirana. 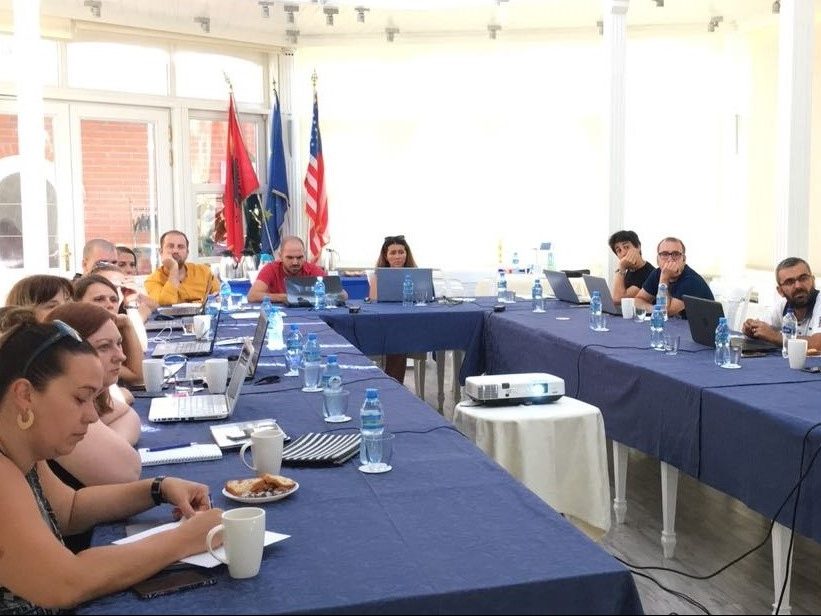 Seventeen reporters and editors from Albania, Bosnia and Herzegovina and Serbia participated in the training, led by Lawrence Marzouk and Crina Boros. Marzouk and Boros are authors of the recently-published BIRN Albania guide, ‘Getting Started in Data Journalism’, which aims to introduce journalists to data-driven reporting techniques that are essential fror contemporary investigative journalism.

The three-day training course gave the journalists an intensive introduction to data journalism, which ranged from its definition to the location of credible sources of data, the mining of data, open data, wall gardens and the databases that hold information that is most valuable to investigative reporters.

A special session was held by Boros on Pivot Tables and how they can analyse big data sources.