Arlis Alikaj, an alumnus of BIRN’s Balkan Fellowship for Journalistic Excellence programme, was given the Central European Initiative (CEI) and South East Europe Media Organisation (SEEMO) Award for Outstanding Merits in Investigative Journalism 2019 in the Young Professional Journalists category at a ceremony in Zagreb on November 4. 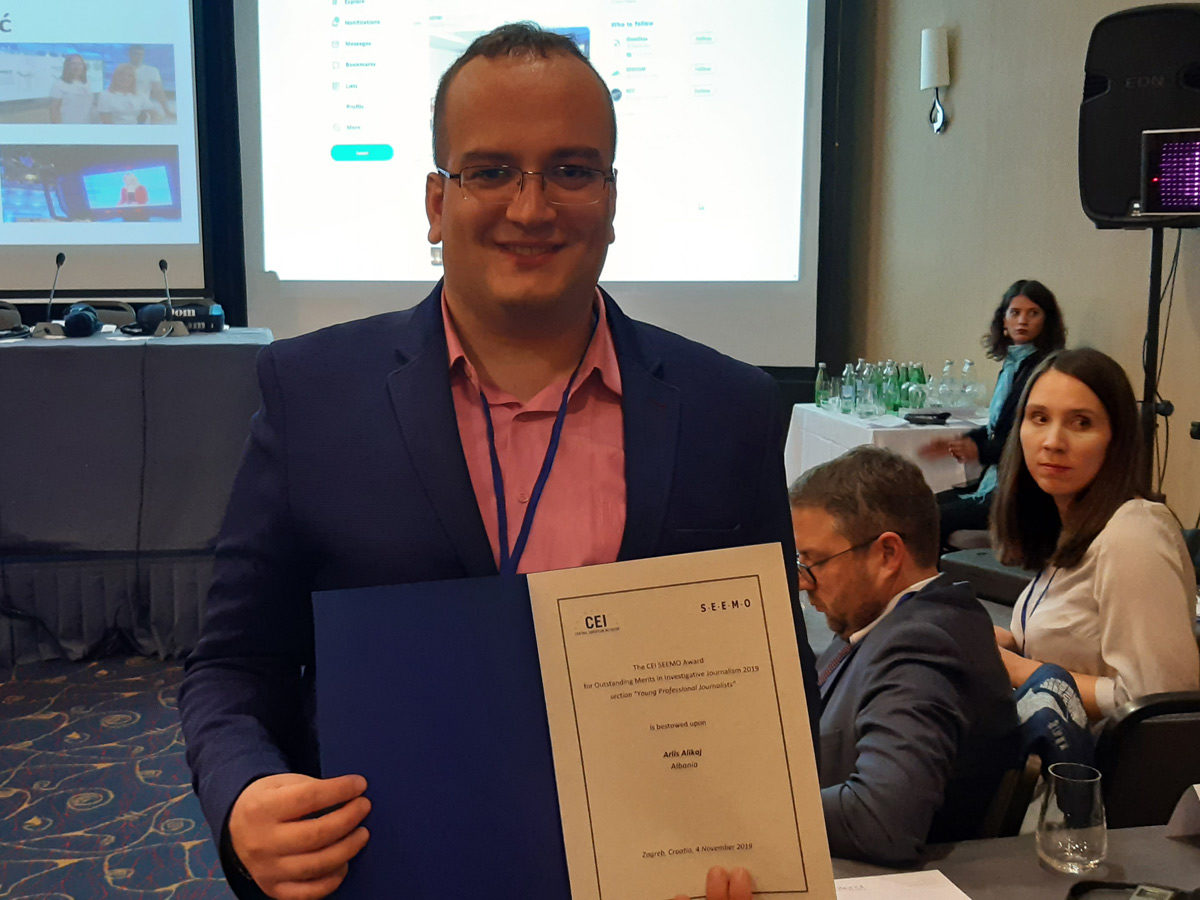 The jury said the award was meant to acknowledge his courageous reporting and the importance of the work of young local journalists. While working on his story, Alikaj had to face many challenges including harassment and threats.

Talking about the award, Alikaj said that he was very happy to be able to get involved with helping to conserve the Shebenik-Jabllanice national park, which extends across the Albanian border into North Macedonia.

“After my article came out and these remaining UNESCO-listed virgin trees got attention, the situation did improve. The world now knows about it,” he said.

“Regional Environmental Forums took place in Albania, the local municipality blocked all permits for logging, NGOs and civil society made protests, and a lot of Albanian national media republished the article. But I was proud of those simple villagers I spoke with in those remote mountains, whose lives are connected with those trees,” he added.

This year the award had a special focus on environmental issues and received 23 nominations, covering 11 countries.

Ermin Zatega and Mubarek Asani’s work for the Center for Investigative Journalism (CIN) in Bosnia and Herzegovina was judged to be the best in the Professional Journalists category.

The jury said their award was meant to recognise their contribution to investigative journalism in Bosnia and Herzegovina and the Western Balkan region, especially for the impact that their collaborative stories had on society in a challenging environment.

Zatega and Asani worked on a cross-border environmental investigation on the hazardous waste produced by chemical companies in Tuzla.

A special mention was given to Jagoda Bastalic from Croatia for her professional reporting.

The jury also decided to give a special mention to Dina Djordjevic for her contribution, as young journalist working in a team with Vladimir Kostic, in investigating important environmental topics in her country, Serbia.

Both Djordjevic and Kostic have also been participants in the Balkan Fellowship for Journalistic Excellence programme in the past.