BIRN Hub and partner organisation n-ost held a workshop about fact-checking and ways to deal with misinformation for nine local media outlets from Bosnia and Herzegovina, Montenegro and Serbia from August 30 to September 2 in Herceg Novi, Montenegro, which included a public “journalism slam” event in the city. 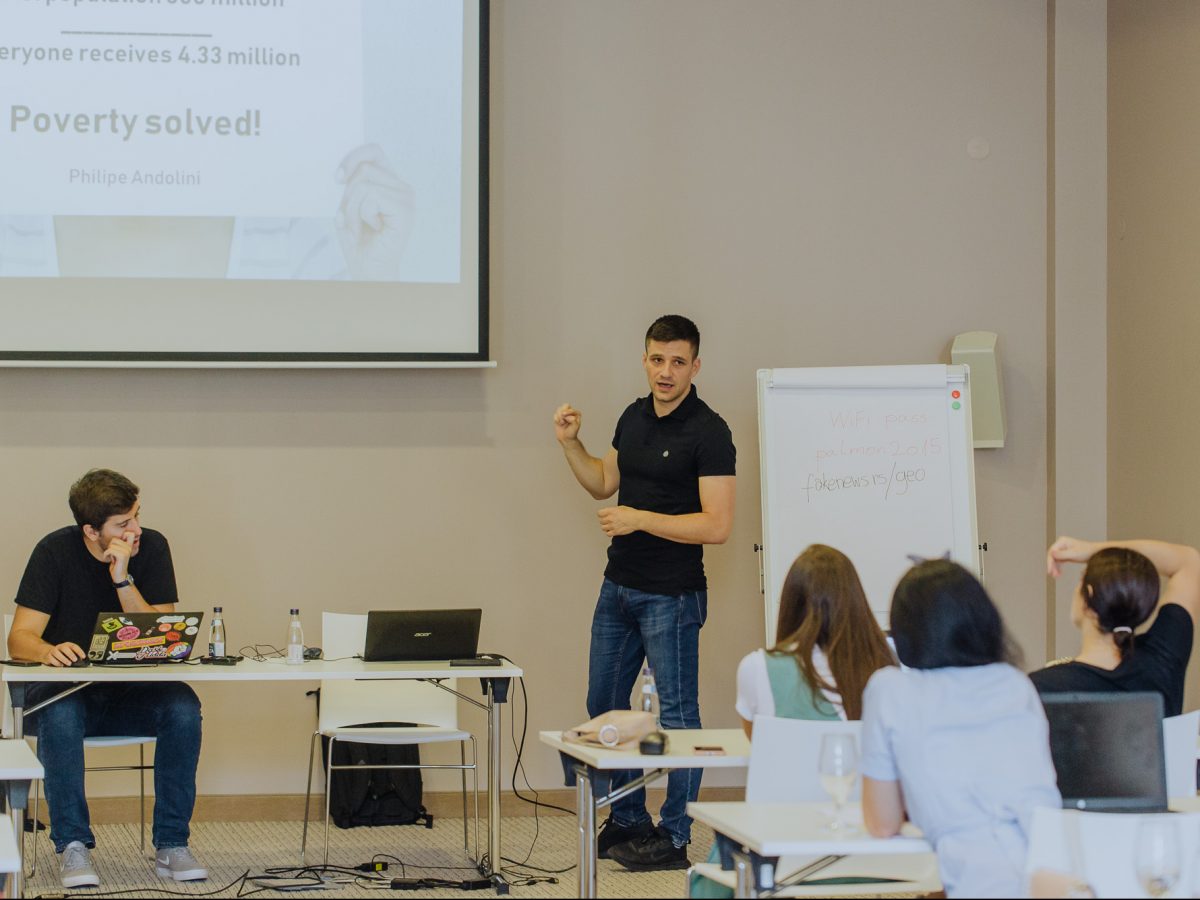 During the workshop, trainers from FakeNews Tragac Stefan Janjic and Milovan Nikolic presented participants with the most important fact-checking tips and tools they can use in their everyday work.

Participants were given time to practise how to identify misinformation and use the tools, but also to brainstorm ideas on best ways to promote media literacy within their audiences.

The participants also had the opportunity to meet with other organisations who make efforts to identify misinformation in the region, with guest speakers from Istinomer (Serbia) and Digital Forensic Center (Montenegro).

From their own perspective, the speakers shared their experience of cooperation with Facebook on fact-checking, different research and data they have compiled on behaviour on social media, as well as their expectations for the future of fake news in countries of the region, and more.

On the last night of the workshop, a journalism “slam” was organised in the town centre. This was an event during which local journalists used a selected publication or topic to explain conditions for local journalism, their motivations and the challenges they face in their everyday work.

Speakers at this event were local journalists Nebojsa Mandic and Slavica Kosic, editor Vanja Stokic from Banja Luka in Bosnia and Herzegovina and Hadzera Hadzibeti from RTV Teuta, based in Ulcinj, Montenegro.

Guests at the event had an opportunity to ask questions and exchange more in-depth information about the topics that the journalists had presented.

This was a second workshop organised as part of the project entitled “Local Journalism – European Perspectives” after the first one held in Tuzla, Bosnia, in June.

Progress after the first workshop was discussed along with plans for stronger engagement with audiences and possible implementation of crowdfunding campaigns.

The “Local journalism – European perspectives” project is financed by the German Ministry of Economic Cooperation and Development.