Edi Rama is being urged to withdraw two media bills that rights groups say pose a serious threat to freedom of the media and democracy in the country. 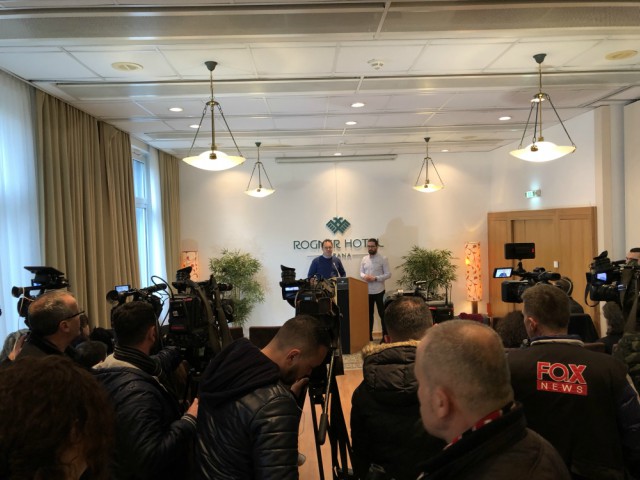 A number of organizations in Albania dedicated to the protection of human rights, media freedom, freedom of information and journalists associations called on Prime Minister Edi Rama on Friday to withdraw two proposed bills that would empower the government to regulate online media outlets, under the threat of penalties and closure.

“We inform the public that the two proposals endanger freedom of expression and could turn Albania in a undemocratic country and at the same time are not helpful in tackling the existing problems of the media, including hate speech, defamation, propaganda or disinformation,” the organizations stated at a press conference.

The two draft laws aim to create a registry of online publications and empower a new “Complaints Council” to sanction online media, based on third-party requests, ordering their closure or blocking access to such media in Albania.

The draft laws provide legal mechanisms for the Audiovisual Media Authority AMA and Tax Authority to fine or even close online media outlets, blogs and other publications on the Internet without clear procedures. Rights groups say this poses a threat to seriously increase the level of censorship and self-censorship already present in Albania’s media.

“If the ruling Socialist parliamentary majority enacts these proposals, our hybrid democracy will inevitably slither toward an authoritarian regime. In democratic countries, the aim of the law is to protect citizens from the government and not to protect government from the citizens,” the organizations noted.

The joint statement was backed by BIRN Albania, the Association of Professional Journalists of Albania, the League of Albanian Journalists, AIS/Open Data Albania, Civil Rights Defenders, the Albania Media Council and the MediaLook Center.

The television market is concentrated in a few hands and political coverage is largely limited to publishing material pre-packaged by parties’ PR offices that have developed into fully fledged TV studios with their own journalists and camera crews.