Based on the success of our Justice Report and Justice Radio, BIRN BIH has created a regular monthly televised magazine about the country’s fight against the impunity. 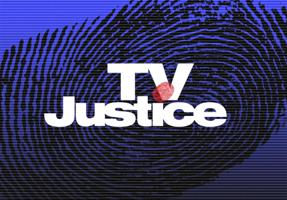 Justice TV – a 30-minute programme is produced by BIRN’s journalists and FLASH production team on monthly basis throughout the year and offered to TV stations across the country and neighboring countries for airing. The programme is heavily concentrated on war crimes trials before the Court of BiH.

Justice TV will be produced once a month and in the same month distributed to interested TV stations in the country and the region. BIRN has already negotiated with State Television-BHT to broadcast the magazine in their prime timing on every first Monday in a month at 19:30. More than 15 independent TV stations with thier local and satellite channels already started broadcasting the programme as well.

The programmes will also be available on internet through uploads on website of BIRN : www.bim.ba , thus ensuring the programmes are reachable for the country’s citizens in the diaspora. An English language subtitled version of each programme would also be uploaded on the internet for the many international actors interested in the work of the Court of BiH.

Our aim is to ensure justice is accessible to all citizens of Bosnia and Herzegovina, the region and the diaspora as well as interested international actors through a unique production of monthly informative programme dedicated to the rule of law, truth and justice. The team’s overall goal is to increase understanding of and support for the work of the local judicial institutions dealing with war crimes, to ensure a transparent and accessible justice system and thereby contribute to the establishment of truth and reconciliation in the region.

TV Justice programme has been generously supported by the Royal Norwegian Ministry of Foreign Affairs, the Foreign and Commonwealth Office – FCO, through the UK Embassy in Sarajevo, the Swiss Federal Department of Foreign Affairs and NED.

You can receive additional information on the TV JUstice magazine through the following email address: tvjustice@birn.eu.com