Young people who appeared in BIRN’s new documentary The Majority Starts Here spoke at its Croatian premiere about what they learned about the 1990s conflicts on their cross-Balkan journey. 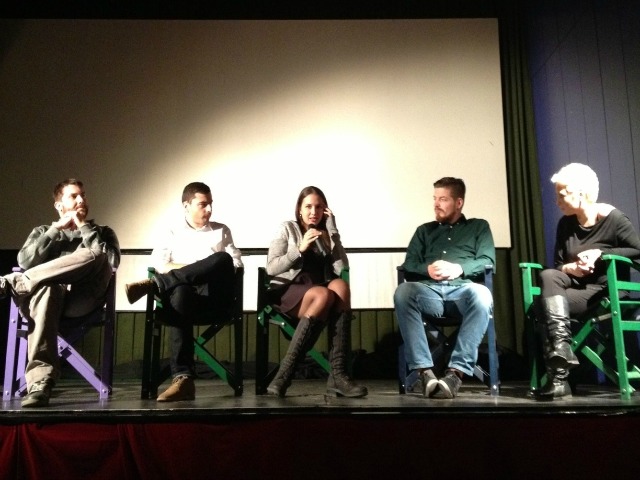 The Balkan Investigative Reporting Network’s new road-movie documentary, which follows six young people from six countries as they travel across the former Yugoslavia examining how the conflicts of the past have affected their lives, had its first Croatian screening in Zagreb on Thursday – the latest in a series of cross-regional premieres.

The screening at the Gric art cinema was followed by a discussion with film’s participants, who during their journey across the region met war veterans, refugees, unrepentant nationalists and people who advocate reconciliation.

Zvonimir Zvonar, the participant from Croatia, said that it was very important for young people to face up to what happened in the recent past.

“I have never before had the opportunity to meet people from other former republics at one place, let alone spend almost a month with them. Besides making new friends, I improved my knowledge of history and learned many new things which I did not even think about before. This documentary allowed me to have an invaluable life experience,” he said.

Simona Milanovic, the participant from Serbia, said that working on the film changed her perception of what was happening in the 1990s in the Balkans.

“I admit I knew very little about the conflicts of the 1990s and I am glad I was able to hear stories firsthand about what really happened,” she said.

“I met people who, unfortunately, had to experience war personally, but what was most important to me is that during the shooting I made friends for life,” she added.

Meanwhile Bardh Skhreli, the participant from Kosovo, said that in order for young people from the Balkans to understand each other and the region in which they live, they need to get to know each other.

“Every young person living in the Balkans should find a little money and time to visit neighbouring countries and experience all the wonderful things the region has to offer,” he said.

“It is important that we meet people, hang around with them and develop friendships. Instead of Brussels, London or some other European city, visit the Balkans and meet people who live around you,” he urged.

Besides Zagreb, the film has also been shown in Belgrade, Sarajevo, Skopje and Pristina, with a further screening in Novi Sad on Monday.

A three-episode version of the documentary will also be aired on TV channels across the Balkans.