BIRN’s road-movie documentary ‘The Majority Starts Here’ had its British premiere on Monday at SEESOX (South East European Studies at Oxford), part of the European Studies Centre at the University of Oxford. 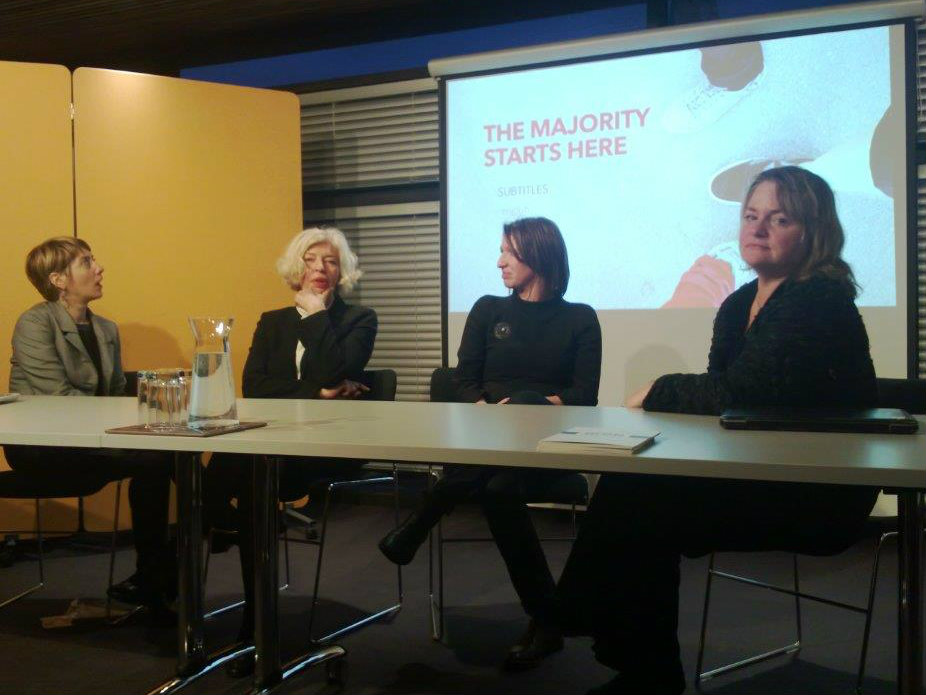 Gordana Igric explained that the main idea behind the film was to discover how much young people knew about the past and gauge the prospects of them becoming the creators of a better future. The production team said they only realised during the screenings of the movie how little knowledge there is in the region about the suffering of other ethnic groups, which is a major obstacle in overcoming the experiences of the war.

Regarding the actual making of the movie, Ana Petruseva said that the production team simply wanted to see “what is going to happen when six people from these six countries end up stuck in a minivan for several weeks”.

Jeta Xharra explained that only the participant from Kosovo was over 25 because it was necessary to find someone older who understood at least some Serbian/Croatian/Bosnian so that they would not feel like an outcast among the others who shared the same or very similar languages.