A conference marking the end of the Swiss Cultural Programme in the western Balkans opened in Sarajevo in the presence of more than 100 artists, journalists and representatives of cultural organisations. 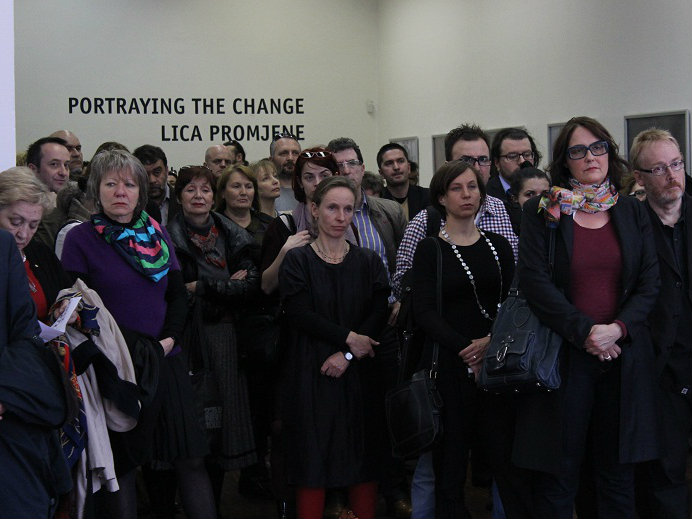 The two-day conference opened on April 11 at the crowded BiH Art Gallery with the exhibition ‘Portraying the Change’ which featured the work of professional photographers Dragi Nedelcevski (Macedonia), Jetmir Idrizi (Kosovo), Lazar Pejovic (Montenegro) and Amir Kapetanovic (Bosnia and Herzegovina).

Both the exhibition and the final conference, which was organised to summarise the programme’s projects, was opened by Switzerland’s ambassador to BiH, Andre Schaller, who stressed the importance of cultural cooperation.

“Art is understandable despite differences in languages – it goes directly to our heart. This is the key to success in Switzerland, that we see each other’s cultures as riches,” he said.

The Swiss Culture Programme is run by Pro Helvetia, the Swiss arts council. Over 15 years, Switzerland has invested 22 million Swiss francs into cultural and artistic initiatives in nine countries with the aim of reviving cultural landscapes and supporting overall democratic processes. Hundreds of organisations and thousands of artists have been involved in over 3,000 cultural initiatives and projects in south-east Europe during this period.

Sarajlic-Maglic added that culture, “as mean of capturing social realities and reacting to social realities, is a much-needed tool, on our way to create a society that will accept the idea of social diversity”.

The assistant director-general of the Swiss Development Cooperation, Kurt Kunz, said that the main indicator of the programme’s success was that the networks and contacts that were established have laid the groundwork for the future.

“We wanted to support innovative artistic creativity, independent production, respect for minorities and freedom of expression. Bridges have been built with several regional networks and regional cooperation projects,” Kunz concluded.

Besides the presentations and debates, the conference incudes two exhibitions by Balkan artists Alban Muja (Kosovo) and Dragi Nedelcevski (Macedonia), as well as other cultural events such as contemporary dance and film screenings.

Among a series of successful cultural initiatives and art projects, the SCP has supported the three-year Balkan Initiative for Cultural Cooperation Exchange and Development, BICCED, which promotes analytical and investigative journalism in the area of culture and the spreading of information about cultural issues across Balkan borders, organised by the Balkan Investigative Reporting Network, BIRN, and SeeCult.org.