Sorana Stanescu, one of the alumni from last year’s Balkan Fellowship for Journalistic Excellence programme, has won the 2013 Academic Association for Contemporary European Studies, UACES award for her article ‘Cheap and Far from Free’. 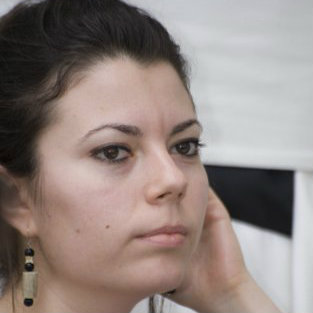 The article was researched and written as a result of the Fellowship programme and was published by the New Statesman news magazine in Britain and by Balkan Insight.

The UACES Prize honours excellence in reporting on the European Union in the English-speaking media.

Stanescu’s winning story was about the job restrictions that have left migrant construction workers from Romania and Bulgaria underpaid and vulnerable to exploitation in the UK.

The article came as result of four months’ work with the Balkan Fellowship for Journalistic Excellence. Stanescu also won the Fellowship programme’s first prize for the same story.

The prize ceremony will take place on May 13 at 17.30 at the Smith Square Conference Centre in London. Stanescu and the editor of the Balkan Fellowship programme, Neil Arun, will attend the event.

The fellowship programme aims to develop and support Balkan journalists reporting on complex reform issues. It was established by the Robert Bosch Stiftung and ERSTE Foundation in cooperation with the Balkan Investigative Reporting Network.