BIRN BiH, the Association of Court Reporters and Association of Prosecutors of the federation of Bosnia and Herzegovina held a workshop for judicial institutions on “Transparency of Judiciary and Responsibility of the Media” in Banja Luka on November 30, 2011. 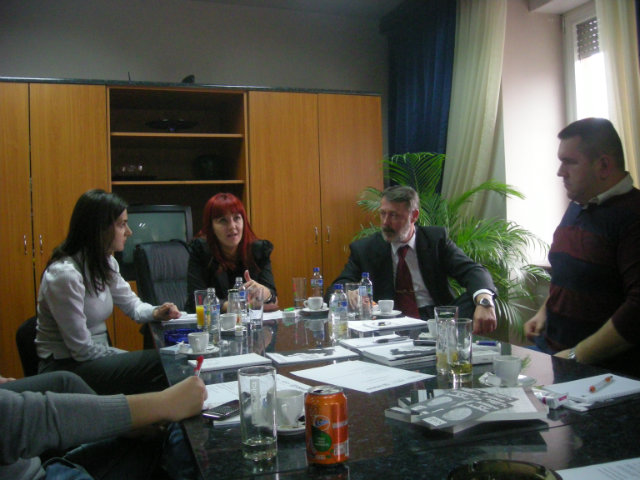 One of the recommendations and conclusions of the workshop, which was attended by representatives of judicial institutions from Banja Luka area and journalists, was to improve the cooperation in order to enable the media to get access to information for the public more easily and quickly.

Dragica Tojagic, spokesperson of the Special Prosecution from Banja Luka, mentioned the fact that no press conferences were held and no direct contact between prosecutors and the media was established, adding that “the Special Prosecution has not organized any press conferences since 2008 and prosecutors have been persuaded to appear in the media as guest speakers only twice”.

In that sense, Tojagic stressed that it was necessary to initiate seminars for prosecutors, which would focus on the importance of giving information to the public and addressing the public.

Tihomir Jurko, Deputy Chief Prosecutor of the Federation of Bosnia and Herzegovina and member of the Association of Prosecutors of FBiH, stressed the importance of judicial institutions addressing the media, adding that, by doing this, they reduced the risk from “wrong” information being conveyed by the media. Jurko said that all representatives of judicial institutions were obliged by law to offer public information to the media.

During the workshop the media representatives spoke about problems facing them in their cooperation with judicial institutions, specifically mentioning the lack of media advisories or war-crimes trial schedules on courts’ web pages.

Anicic-Zgonjanin said that she was planning to improve her direct contacts with the media, adding that the war-crimes and other trial schedules would be soon available on the Court’s web page.

“There has to be mutual respect between the media and judiciary. When there is such respect, none of the parties will certainly make mistakes,” Anicic-Zgonjanin said.

Media representatives said that journalists had to be trained on court reporting, because they often made mistakes in their reports. They further mentioned sensationalistic titles of objective reports as a problem, pointing out that journalists were not responsible for those titles.

Erna Mackic, Editor of BIRN BiH Justice Report, said that the need for additional training of journalists and editors would be included among the conclusions and recommendations of this workshop.

The Banja Luka workshop is the first in a series of workshops, which will be organized by BIRN BiH in collaboration with the Association of Prosecutors of the Federation of Bosnia and Herzegovina, within a project focusing on transparency of judiciary and responsibility of the media implemented with support from USAID’s project on Judicial Sector Development – JSDP II.