Ten municipalities in Serbia in cooperation with BIRN Serbia and the National Alliance for Local Economic Development successfully implemented all activities with the aim of introducing the practice of public participation in the decision-making process on local budgets. 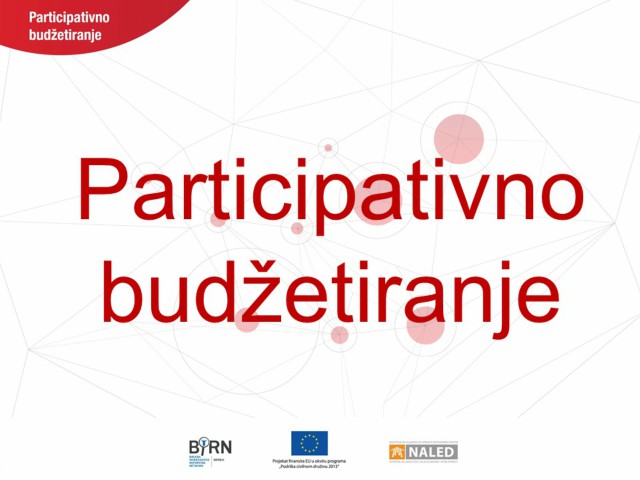 From December 2014 to June 2016, around 16,000 people participated in Participatory Budgeting Project. Over 200 representatives of civil society organizations attended workshops dedicated to the inclusion of CSOs in the project held from April to June 2016.

Local people and local governments had a chance to nominate projects that they thought would best advance their communities, after which people selected the ones that they wanted to see financed from their municipal budgets.

Municipalities taking part in the Participatory Budgeting project have assigned nearly 800,000 euros of their 2016 budgets for financing 53 projects that were chosen as the best among 2,400 proposed.

All the municipalities also held local budget forums where over 200 local residents, representatives of the business community and the media, as well as citizens’ associations, discussed the 2016 budget.

As part of the project, Citizen Budget Guides of 10 municipalities have been drawn up, aiming to simplify and make more understandable the way budgets are created and how public money is spent.

Local government employees who actively worked on the project underwent training while online experts gave recommendations to local governments on how to communicate more effectively with citizens with the help of the online platforms they use.

As part of its future activities, BIRN Serbia will strive to continue with the Participatory Budgeting Project and to include more municipalities.