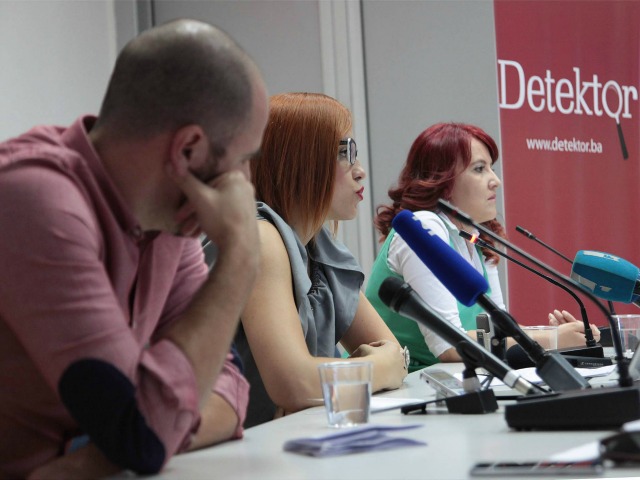 BIRN BiH presented its analysis of cases dealing with terrorism, corruption and organised crime from the beginning of 2016 a press conference on July 7.

The research indicates that the Bosnian state prosecution and court has processed more than 20 cases relating to terrorism in Bosnia and Herzegovina, most of which concern suspects who have gone to fight abroad and joined terrorist organizations.

The problems in these cases relate to cooperation between investigative agencies, the exchange of data and the deradicalisation of convicts after they have served their sentences.

As far as corruption is concerned, BIRN BiH’s analysis shows that the state prosecution has focused on smaller corruption cases, because most of ended with acquittals, conditional sentences or sentences of up to one year that can be avoided through payments of small amounts of money.

A big problem in these cases concerned the confiscation of property illegally acquired through the commission of the crimes.

The BIRN BiH analysis indicates that prosecutors involved in organised crime cases sometimes do not request the confiscation of property because it is too time-consuming during the evidence presentation process.

The analysis also points to the inability of the Bosnian state court to ensure the money is collected, as well as to situations in which convicts sentenced to up to one year in prison pay a fine but still fail to return the illegally-acquired property.

At the press conference, BIRN BiH also presented its new portal detektor.ba which contains articles, analysis pieces, research results and interviews, as well as audio and video materials on war crimes, transitional justice, the monitoring of the judiciary, terrorism, corruption and organised crime.

The detektor.ba site also contains a unique archive consisting of more than 25,000 articles, 1,553 radio shows, 78 episodes of ‘TV Justice’, numerous special issues, interviews and footage amassed over many years of monitoring war-crime trials and journalistic work in the field of transitional justice.