Power Games, an unprecedented investigation into the murky world of energy deals in the Balkans, has been launched by the Balkan Investigative Reporting Network. 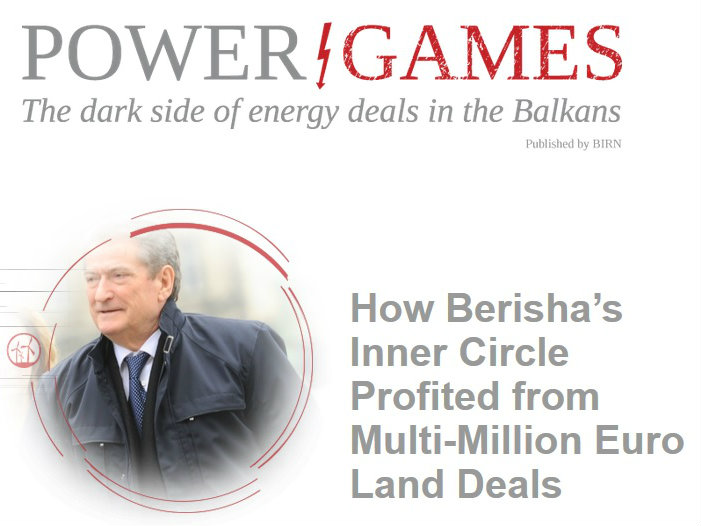 BIRN formed a team of six journalists covering Albania, Bosnia, Kosovo, Montenegro and Serbia in November 2013 to investigate key companies, players and state officials involved in this lucrative, secretive, and critical sector of the economy

The reporters have been working over the past year not only to unravel the intricate links between politics and business in the energy market, but also delve into its inner workings.

The bespoke webpage www.balkaninsight.com/en/page/power-games includes the latest investigations, news, blogs, as well as an interactive in-depth section on how the energy sector really works.

The hard-hitting series of stories already published as part of the Power Games project has generated widespread interest across the region.

The revelations have hit the front pages of Albania’s newspapers, have been aired by leading television stations and have led to calls for a tax investigation to be opened into the family of former prime minister Sali Berisha.

The investigation was also picked up in Bosnia and Herzegovina, Serbia and Kosovo, where it was republished in more than 20 media outlets.

Power Games is part of a project called “A Paper Trail to Better Governance”, financed by Austrian Development Agency to hone investigative journalism in the Balkans, hold officials to account and improve the implementation and use of freedom of information laws.

Lawrence Marzouk, the project editor, said: “The bespoke website which we launch today not only provides a slick forum for our brilliant investigations into the energy sector, but also ensures readers can consult the core, source documents and get a panoramic view of how this critical industry works.

“In the next few months, we will be publishing a range of new material, including interviews, comments and some more groundbreaking investigations.”