Buying influence over editorial policy and positive coverage through state advertising is one of the most effective mechanisms of media control in Serbia, Tanja Maksic from BIRN Serbia told a regional conference. 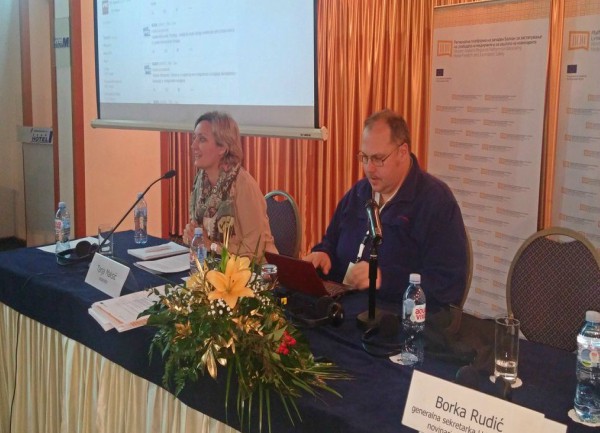 Tanja Maksic told a working group on state advertising at a conference on media freedom and safety of journalists in the Western Balkans on December 6 in Belgrade that influence can be bought through the media in Serbia.

Pressure on standard business models caused as a result of new technology, digitisation, the impact of the Internet, mobile phones and social media has led to the situation where Serbian media increasingly rely on state funds and resources, the working group heard.

Maksic explained that Serbia has a range of ways of distributing money to favoured media.

“Some of them are direct contracts with media companies, advertising by public enterprises, the financing of the public broadcaster, and indirect impact through advertising agencies,” she said.

The recommendations from the working group included: the necessity of additionally regulating the legal framework that governs state funding of the media, using citizens’ money to promote pluralism of content and increasing the influence of independent regulatory bodies.

“It is also very important that independent regulatory bodies, the anti-corruption agency and civil society improve their monitoring system on state money spending during election campaigns due to the fact that this kind of spending is the least transparent,” concluded Maksic.