During the 2009 electoral campaign, Blerim Kuci, who was running for mayor of Suhareka, promised enough water for the residents of Suhareka, support for farmers, repairs to the bridge over the River Theranda and construction of a cultural center. “Life in the Municipality” looked at the ways Kuci has lived up to his promises, and the ways he hasn’t. 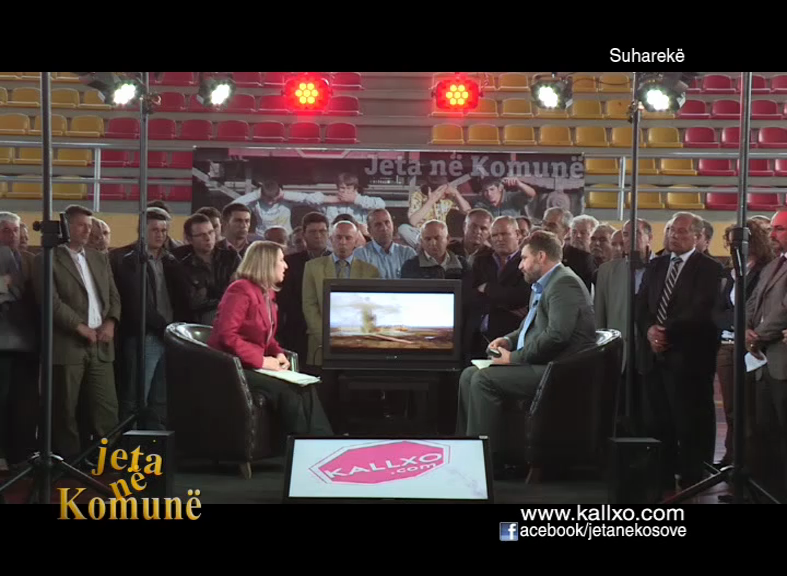 Two and a half years after his election, one of the main electoral promises, the steady supply of drinking water, seems to be making good progress. Suhareka now has 200 liters more water per second.  With the help of international donors, wells have been dug, and work is being done to extend the water supply system to villages.

Kuci, who is from the AAK, said that the city, which had been ruled by LDK since the war, now has water 24 hours a day. “Before my mandate there was never water … we have paid special attention to water,” he said.

Opposition parties, meanwhile, say that the problem hasn’t been solved but there has been some progress with the help of USAID.

Florim Kryeziu from PDK said that in some villages of Suhareka, the lack of drinking water continues to be a problem.
“Another five million euros are needed to supply all the villages of Theranda with water,” Kuci said. He would not promise that during his mandate all villages would have drinking water.

During the electoral campaign Kuci also promised to provide subsidies for farmers. Speaking on “Life in the Municipality”, he said that 2 million euros have been distributed, but the opposition says that subsidies have gone mainly to Kuci’s political party supporters.

Kuci said that a municipal agency has now been established that is tasked with supporting the farmers by drafting projects and raising funds to develop agriculture. Through this agency, according to Kuci, 2 million euros in subsidies have been given to farmers.

However, Shefket Kolgeci from the LDK said that subsidies for farmers haven’t reached the “right addresses”.
“Farmers subsidies have gone to those who favor members of his party, and those who gave their ballots during the campaign,” Kolgeci said.

The opposition also accused the mayor of mismanaging the budget.  Kolgeci said that the peak of mismanagement was the construction of the bridge over river Theranda.

The team of observers from BIRN and GAP have found that the electoral promises kept include the construction of protective barriers on the road from Qafa e Duhles to Suhareka; the elimination of a requirement that parents must pay their property tax before receiving a birth certificate for their newborn child, and Mayor Kuci’s meetings with residents, which occur every Tuesday. But Kuci’s promise to cut unemployment has not been realized.