BIRN has organized an electoral debate with candidates competing for the position of the mayor. 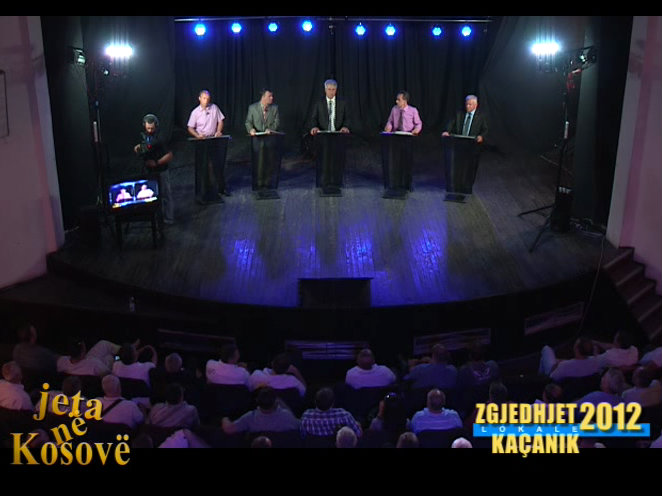 At the beginning there was introduced a brief profile for each candidate that aimed the head of municipality.

The main questions covered included: What promises are the mayoral candidates making? How will they solve the problems of the citizens of this municipality?

The debate involved citizens, journalists and representatives from opposition parties as well as supporters of political parties of Kaçanik.

Within two minutes each candidates have explained their political program as well as pointed out three main issues that they consider as the most important for their municipality. They also explained the techniques they plan to fulfill the promises which came out from the political program.

The promises had to do mainly with the improvement of infrastructure in health, education, culture and sport sector and also them were related mostly with reduce of unemployment rate in the municipality.