The Kosovo Civil Society Consortium for Sustainable Development, KOSID, and a group of other organisations including BIRN Kosovo, launched a media campaign on Friday to raise awareness about the environmental damage that the project to build a new power plant will cause. 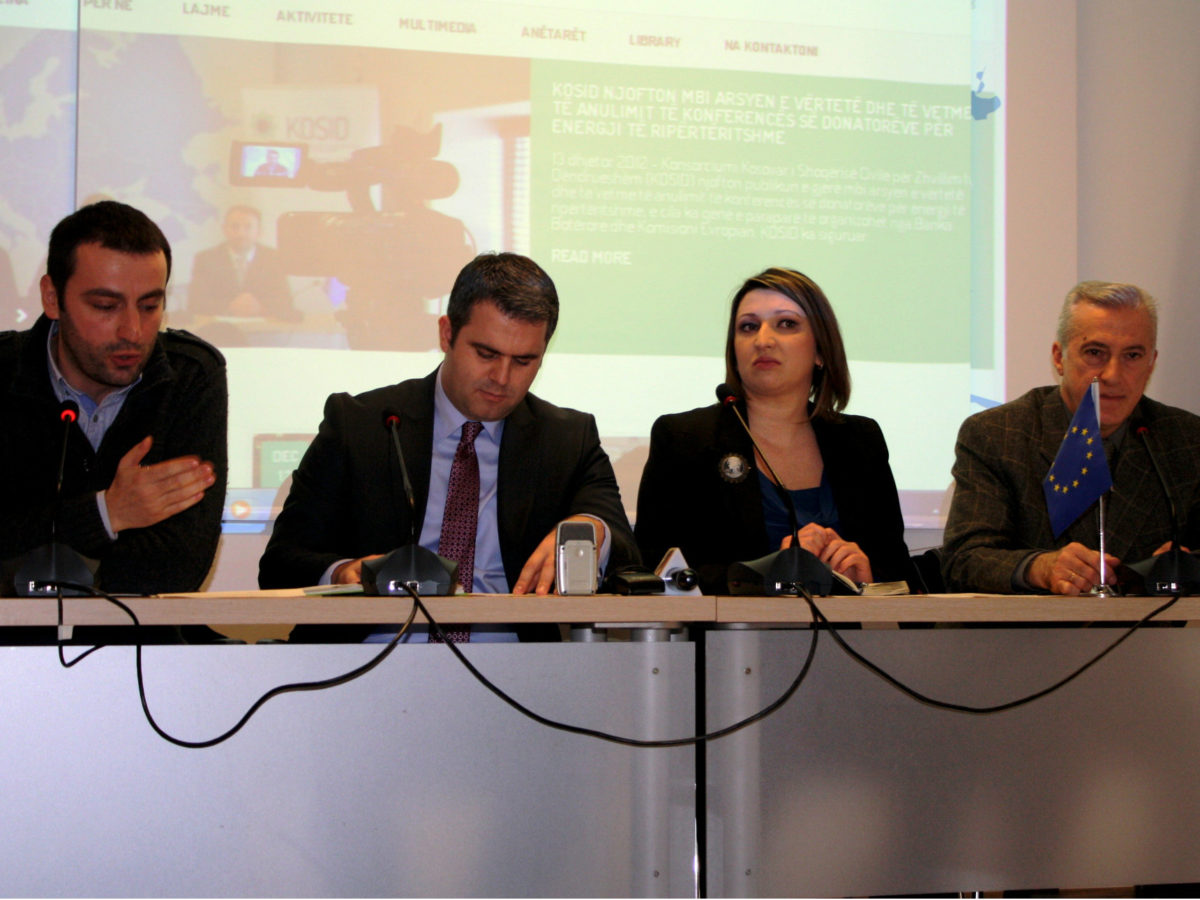 The campaign was launched at a press conference in Pristina on the same day as Kosovo’s government began consultations about the proposed new coal-fired power station which is slated to be built in the Obiliq/Obilic region, where two other power plants are already operating.

KOSID said that institutions like the World Bank that support the project must “explain why they are investing in projects which take people’s lives, impoverish them and destroy the environment they live in, when there are more feasible and ecologically sound options that cost less”.

“These investments would also create three times more employment possibilities, which is very significant taking into account that over 40 per cent of our workforce is unemployed,” KOSID said

“Despite being aware of these facts, the government of Kosovo and the World Bank continue to support the development of a new thermal power plant in the country, although this project will pollute the Kosovo environment for the next 40 years, which means that our children would be threatened even when playing in their backyards,” KOSID said.

BIRN Kosovo has been a member of KOSID since it was established and has been directly engaged in organising the campaign.

“Being a mother of two children, I was shocked when I saw the data,” said Jeta Xharra, BIRN director for Kosovo.

For more information on the subject please visit www.kosid.org and KOSID and Sierra Club blog sierraclub.typepad.com/compass/2013/02/new-ads-highlight-world-banks-deadly-coal-plans-for-kosovo.html.