Call for applications for the 11th edition of the Balkan Fellowship for Journalistic Excellence (BFJE) closed recently and the results will be announced on March 31. The 2017 topic is “Change”. A total of 130 journalists from 10 countries applied for this year’s programme. 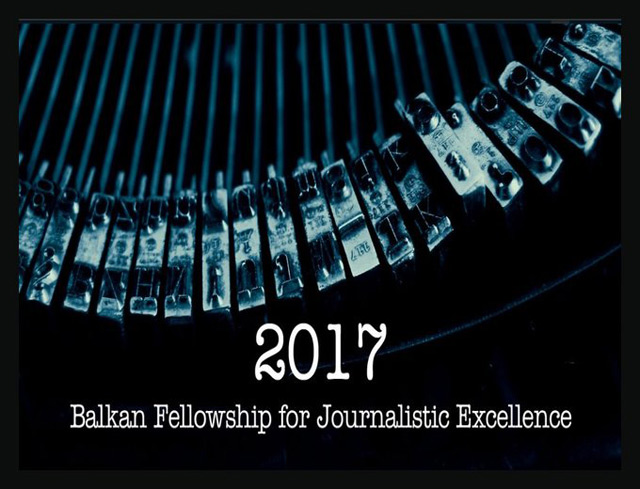 The evaluation of BFJE programme on the occasion of its tenth anniversary, carried by Brankica Petkovic, Researcher and Project Manager at the Peace Institute, Institute for Contemporary Social and Political Studies in Ljubljana, concluded that the programme had been of high value to the journalists who had been given the opportunity to participate in it up to now.

“For almost all individual fellows interviewed within our review, participation in the BFJE has been a milestone in their professional growth and careers. It has crucially influenced the way they work in and perceive their own profession,” the review said.

“They speak of the emancipatory influence of the programme on them, about expanded horizons and skills, a changed mind-set and spirit, greater openness for cross-border journalism and their own positioning among journalists of the world,” the review added.

The evaluation included semi-structured interviews with 26 relevant stakeholders, including 14 former fellows, but also with members of the Fellowship implementing structure, as well as external observers, such as editors and media experts.

It stressed the considerable evidence of the impact of these stories on society, in terms of increased public awareness, public debates or even policy changes.

“In some cases, stories have even directly affected people’s lives, enabling them, for instance, to initiate legal battles for justice. Some stories led to follow-ups, either by the same journalist after the Fellowship program, or by other journalists in the region but also in international media,” the evaluation said.