Al Jazeera Balkans broadcast BIRN’s documentary ‘The Unidentified’, about the Serbian fighters responsible for some of the worst atrocities of the Kosovo war, seven times in December 2016. 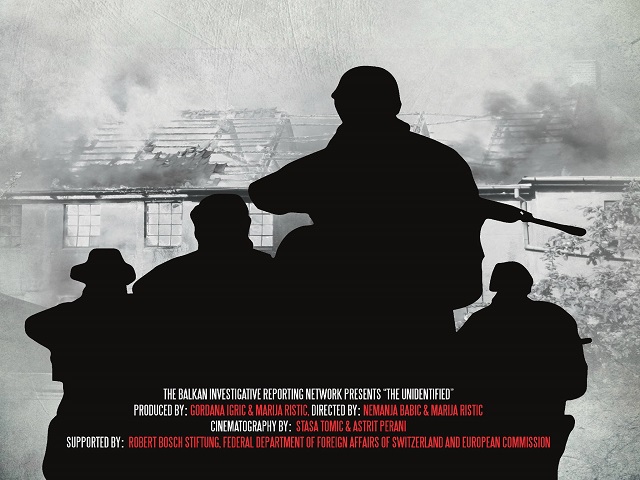 The Unidentified’ was screened for viewers in former Yugoslav countries as part of Al Jazeera Balkans’ ‘Regioskop’ slot, which usually reaches over 500,000 viewers.

The film was put on the channel’s website immediately after the broadcast and has recorded 33,800 views to date.

‘The Unidentified’ investigates attacks on Kosovo villages in 1999 and names those involved in an attempted cover-up operation to conceal the crimes.

It takes viewers back to the villages of Ljubenic, Cuska, Pavljan and Zahac, near Pec/Peja in Kosovo, in the spring of 1999, when Serbian forces killed more than 118 Albanian civilians.

The victims’ bodies were burned or removed, and some of them were subsequently found in a mass grave at a police training centre in Batajnica, near Belgrade, in 2001.

The trial of the fighters alleged to have been involved in the killings – ten of them accused of being direct perpetrators – is still ongoing in Belgrade, but the police and army generals who gave the orders have never been prosecuted in Serbia.

The documentary had its international premiere at 2015 Sarajevo Film Festival and has been screened at various other festivals and institutes, in Paris, New York, Washington DC, Zagreb, Belgrade, Tirana, Maribor and Los Angeles where it won the best short documentary award at the South East European Film Festival.

The next screening of the film on Al Jazeera Balkans is scheduled for May.