In the BIRN electoral debate held in the House of Culture in Prizren, citizens heard the promises made by seven candidates on how they will overcome the problems of this municipality. The candidates spoke about the degradation of the historical zone of Prizren, including the construction of over 100 buildings after the law on the Historical Centre was approved, the lack of water, insufficient parking and others. 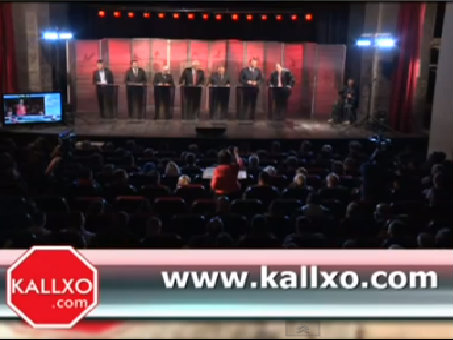 In the first two minutes that each candidate used to talk broadly about their political offer, all of them emphasized the importance of having economic development as a main priority.

Arber Rexhaj, Vetevendosje’s candidate said that economic development will be achieved through investments in culture and tourism while he promised to also invest in agriculture. Kosovo’s Conservative Party’s candidate said that his party has a master plan for economic development through the creation of an industrial zone of 200,000 hectares. Eqrem Kryeziu from LDK spent his first minutes criticizing the current government but did not provide any alternatives of his own on how to resolve the problems. The current Mayor, who comes from PDK, Ramadan Muja did not take part in the debate while Eqrem Kryeziu, a former mayor of Prizren promised sufficient drinking water for all citizens.

These debates were also characterized by the portrayals of candidates made by their wives, with one telling what an enthusiastic reader her husband is or others praising their husband for being good at house chores and helping them out.