Most of the 23 palm trees planted in Kacanik in 2011, at the time when the municipality was led by now-fugitive Xhabir Zharku, have dried out, whereas the candidates vying for mayor of Kacanik, have agreed that the project was a failure. 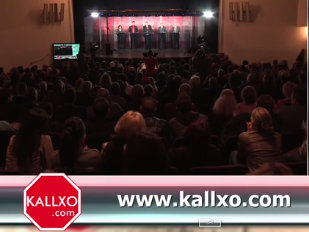 Kacanik’s palm trees, planted alongside river Nerodime in 2011, heated the debate between the candidates vying for the mayor of this municipality. Most candidates said that the project was a failed one because most of the trees are dried out because of lack of maintenance.

It was only Selim Reka (LDK) who had a milder approach the palm tree project, noting that the project has been partially successful, bearing in mind that some of the trees are still healthy because cafe owners take care of them.

Caka who came second during the extraordinary elections in 2012, was not present in the “Life in Kosovo” debate. According to the AAK branch in Kacanik, Caka was on an official trip abroad.

Bardhyl Mjaku (AKR) has admitted to have been an internet service provider and “dreambox” dealer, which are illegal in Kosovo, since they steal TV channels from other platforms with special satellite devices. Despite this illegal activity, he promised that should he be elected a mayor, he will not breach the law again.

The main problems faced by Kacanik citizens are the water supply, sewage system, road infrastructure, for which the Ilazi from PDK promised improvements.

Candidates running for mayor of Kacanik have promised progress in agriculture, the fight against corruption, as well as investment in healthcare and education.