BIRN Serbia and CINS (Center for Investigative Reporting of Serbia) are organising a conference entitled ‘Curbing Power’ about partnership and cooperation opportunities between investigative journalists and non-profit organisations in the oversight of public finances. 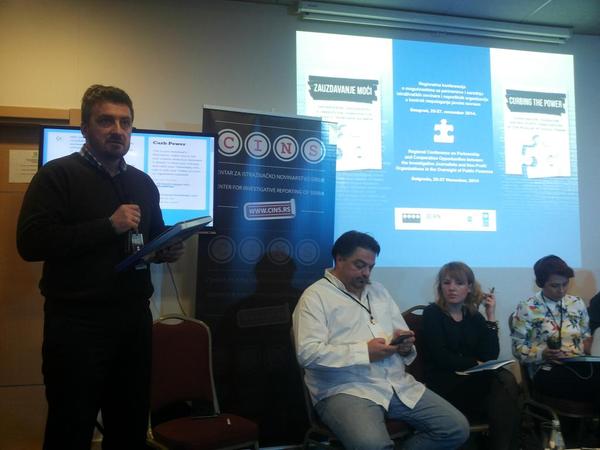 The two-day conference will bring together more than 70 journalists and CSO activists who will share their experiences of joint investigative activities and analysing alternative perspectives on current events. The conference will be held at the Holiday Inn hotel in Belgrade on November 26th and 27th.

Participants and speakers from seven countries in the region will discuss subjects including:
–    The government’s attitude towards media and journalists in the region and ways to improve the relationship.
–    Overcoming the illusion of transparency – establishing priorities for opening data sets that should serve as a source of information for investigative journalism and advocacy campaigns, and indirectly as an advocacy tool in order to encourage states in the region to make their data open.
–    “The response to the floods” – investigating the floods in Serbia. Monitoring organisations and investigative journalists look at an alternative picture of the disaster as opposed to the official one.
–    If you follow the money, will the money follow? – Funding the partnership projects between investigative journalists and non-governmental organisations. Is it an opportunity or a trap?
–    The story behind exposing the inner workings of a bizarre dictatorship – Ukrainian journalists’ and activists’ efforts to document a corrupt regime – a story on activism as a symbol of the Ukrainian revolution.
–    The art of investigating public procurements in the completely closed institutions of Macedonian political system.
–    Ethical boundaries between journalism and activism.
–    Experiences in investigating new coal power plants and pollution.
–    New methodologies in the monitoring of public finances and the establishment of a transparent and accountable system resistant to corruption, based on integrity and participation.