A BIRN Serbia debate was told that the Business Registers Agency must do more to protect the identities of investigative journalists using its archive to prevent them from being tracked and targeted. 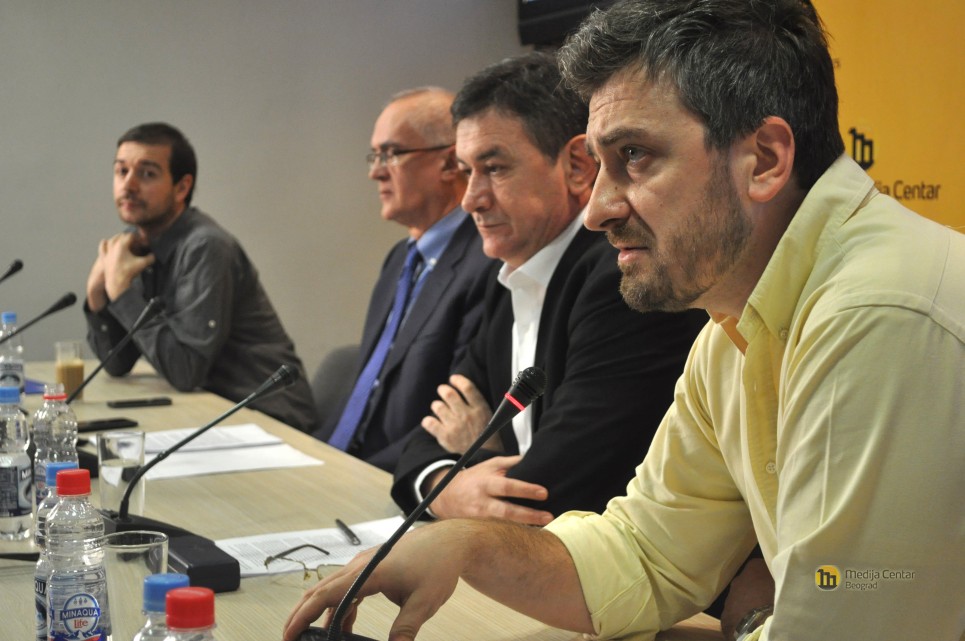 A debate organised by BIRN Serbia on Monday entitled ‘Limitations to Institutional Freedoms: How to Protect the Information of Those Publishing Information’ heard calls for the Business Registers Agency (APR) to revise its internal procedure for registering people using its archives to avoid additionally jeopardizing journalists.

Investigative journalists often base their work on access to information obtained from the APR archives but the newly introduced procedure for obtaining information of public importance from the agency poses a threat to the safety of journalists, the debate heard.

APR director Zvonko Obradović however said that cooperation with journalists was working well and clarified that the new procedure is no different from the old one regarding records of the information requested.

Obradović maintained that the APR is an institution that is exposed to pressure for it to be transparent.

But Šabić responded that still allows for the possibility of information “leaking” from the APR which could result in danger for the journalists.

Several journalists from the audience inquired why the procedure had been changed just after the recent scandal involving Serbian prime minister’s brother, Andrej Vučić, whose identity was reported to have been stolen.

While not answering the question directly, Obradović insisted that, in cooperation with the Office of the Commissioner, he would do all in his power to revise the procedure and make it as safe as possible for those seeking information.

This would mean that, when paying for services at the APR, an applicant is not required to enter the registration number of the company that he or she is investigating as the reference number on the payment slip.

The debate also examined the overall situation in the field of personal data protection.

Šabić said that the area of video surveillance, security checks and telephone call records is completely unregulated and that Serbia was dramatically lagging behind in the field of basic standards of personal data protection.

Video surveillance is fully unregulated except for police traffic control, yet thousands of cameras have been installed. Security checks should be regulated by the law yet they are not and telephone call records end up in the wrong hands, said Šabić.

He explained that there are people whose personal data is treated, under the law, as particularly sensitive and this usually involves sexual minorities, those with “compromising” illnesses, people of other nationalities, political orientation or religious affiliation.

Such information should be treated and safeguarded in a special way, he said. The law envisages that within six months the government must pass a decree on archiving and safeguarding particularly sensitive data, he continued, but noted that the law was adopted in 2008 but was not followed by the adoption of a decree.

When a backward society in transition decides to adopt personal data protection standards that are applied in societies in which individuals are very highly valued, it is faced with an extremely difficult task, said Šabić.

He argued that the most important thing is to “change the mentality” so people regard themselves as citizens rather than subjects, and will be willing to speak out and ask the question: “Why are you doing this, and with what right?”

He also said that an investigation carried out by his colleagues had established that information “has not leaked” from APR.